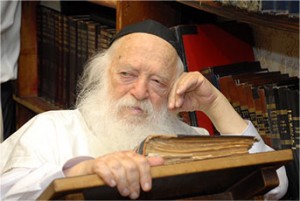 I was once in Yeshiva learning with my friend Avraham. We were discussing the Redemption from Egypt. We learned that the redemption of the Jews – in the times the Messiah would come – which is now – would be somewhat parallel to the redemption in Egypt. We tried to imagine what could the parallels be & What would happen to convince all the nations the truth of the Torah’s laws.

Certain things we do know – that in the times of Messiah people will align themselves with either good or evil. If the people align themselves with evil – the Messiah will come on a white donkey – representing his domination of materialism. If we are worthy he will come down with a chariot. If we are worthy Messiah will come peacefully. If not there will a great war – called the war of Gog & Magog apparently it is World War III. Gog is a great leader that will lead the nations against Israel. Some say this war started the 25th of Elul 5775 – Sept 11, 2015.

Everyone has a destiny. Some can change their destiny by changing their ways. A person who was a thief can become righteous. Apparently the times of the Messiah will be times to shape up. If a person commits to becoming better – ie, aligning their thoughts and deeds according to Torah they will survive. Jews commit to adapting the 13 principles of Judaism of the Rambam and following the 613 commandments according to the Shulchan Aruch / Jewish Code of Law. Non-Jews that commit to following the 7 Noahide laws by the Torah will more likely survive.

Your Opinion or Your Life

It is quite simple. Instead of aligning one’s opinions, attitudes and actions according to the society and popular culture, one adapts them to follow Torah ways. I was once immersed in following fads and fashions of society. I had a wake-up call that prompted me to change my ways. I slowly started aligning my ways with the pleasant paths of the Torah. I am much happier for the effort.

In the redemption of the Jewish people from Egypt, Many Egyptians died for having persecuted, tortured and discriminated against the Jews.

Want to Live? Want to Leave

I remember a news story about a town close to a volcano about to erupt. They interviewed a man. They asked. What are you doing to protect yourself from the volcano. Are you going to move away till it calms? He replied, I’ve been living here all my life. I don’t want to leave my hometown. They said, but the volcano will erupt soon. He replied – this is my home. Apparently he perished.

During the 9th plague – the plague of darkness those Jews that refused to leave Egypt died. They were so assimilated into Egyptian Society – that when Moses came, they paid no heed to him. They were not interested in his message that the time had come for the Jews to to be redeemed. They perished.

My friend and I came to the conclusion that if a person wants to be redeemed, he or she will have to be prepared to leave their country and return to our Promised land. Rabbi Amnon Yitzchak in a lecture, gave sources for the imminent arrival of the redemption.

The Great Rabbis of this generation are urging people to do Teshuva / Repent according to the Torah’s Ways.

Rav Mishkovsky brings Rav Kanievsky’s words – this is one of the critical hours for the Jewish People. Rav Kanievsky: “Go and inform Klal Yisrael that we are in the footsteps of Mashiach. Mashiach is about to arrive.”

Request in the name of Rav Kanievsky: “To the children of Avraham, Yitzchak, and Ya’aqov, even those called ‘secular’, I was asked by my teacher and my rabbi, shlita, to inform that whoever wants to be saved in this generation, it is only via Torah [Torah learning and Observance] and gemilut chasadim [Doing acts of Kindness], there’s no other way. …Take a loudspeaker and advertise it all over the country.”

We pray that as many righteous people as possible will be saved in the war of Gog uMagog. The Torah gives freedom of choice to choose good and bad, right and wrong, righteousness or evil, life or death. The choice is in our hands. Choose Life!