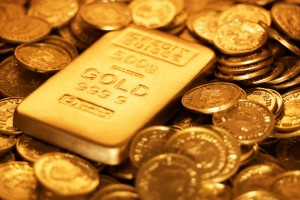 The Torah is universal.

G-d gave it to the Jews through Moses.

He transmitted it to Joshua and the elders. The Torah is the basis of Judaism. Different from all other ways-of-life in several aspects.

Judaism offers two paths. One for Jews and one for Gentiles.

A person can remain a Gentile – not convert to Judaism – and receive a place in heaven. How? By following the Seven Universal laws for humanity – the Sheva Mitzvot Benei Noach from the Torah because the Torah states them. The Seven Noahide commandments given by G-d to Noah for the good of humanity.

G-d also gave laws for Jews. Jews who follow their commandments, which include the seven commandments and other laws receive a place in heaven.

In Judaism, G-d appeared to millions of Jewish People at Mount Sinai. No other way-of-life claims this. As opposed to other religions and cults that were passed down by one man who had a revelation – in Judaism – the whole nation of millions of people had a revelation. G-d doesn’t change his mind about his laws. He is the most intelligent being in the Universe. He know the past, present and future. If he knew a person could not follow the laws he would not give it. Thus he changes not his laws.

I recently met a person. She said she was interested in Judaism – but she liked her own religion. I told her – if you follow what you feel is comfortable – then one can never find truth. Truth must be derived by logic and historical fact rather than feeling. If feeling is the sole basis of following a path in life – regardless of truth – they will never find truth. Because one day one will feel one way of life is good, and another day based upon their feelings they will find that another way of life is good.

But G-d wants us to use our mind to determine what is truth and then follow it. There must be a way to find truth – because otherwise there would be no accountability. If feeling is the sole basis of following a way of life One person, arriving to heaven, who would beat up old ladies for their purse – would be held not guilty. Why because he could say – my cult told me that beating up old ladies was permitted. It felt right to me. Obvioulsy, just feeling cannot be the basis of selecting a true way of life.

This fact allows any person – Jew or Gentile – to objectively decide whether the Torah is a true way of life or not.

I asked the woman – let’s say if a million people told you one thing and a singe person told you that something else happened that contradicted the million people – who would you believe? She answered the million people. I said exactly. The Torah says to believe not on faith – but on fact – that millions of people witnessed the giving of the Torah.

I asked her if someone said they believe in “Fred Flinstone” – would you follow them? She said of course not.

Once a rabbi was giving his explanation of Judaism in a comparative religion class. He was last in presenting after other representatives of religion. A woman said “Why should I believe in religion? All of them were given by a single individual?”

He answered by quoting many verses from the Torah / 5 Books of Moses that showed that G-d gave the Torah – in front of the Entire nation of Israel. Millions of people witnessed it. Not just one person.

Why Judaism Does Not Seek Converts

Judaism does not seek converts because a gentile can follow his seven laws and receive a place in heaven. Also, the Torah wants people to be sincere, before they can become Jewish. A person who is sincere will go the distance to convert properly – through an Orthodox rabbi.

G-d expects a Person must be truthful with themselves.