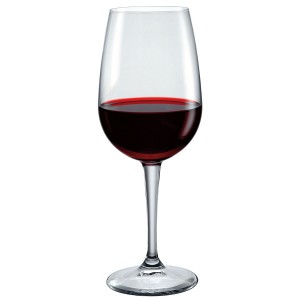 Great Jewish sages of today say the arrival of Messiah is imminent.

The Messiah will bring peace to the world.

There are two ways for him to come -Either

Peacefully – if people have accepted to do good and follow the path of G-d as explained in the Torah (ie, Jews following their commandments and Gentiles following the 7 Noahide laws)

Each is a possible scenario – as there must be freedom of choice.

Before the Messiah – the Jewish writings say:

“With the advent of the footsteps of Mashiach, insolence will increase and prices will soar; the vine will yield its fruit, yet wine will be dear; the government will turn to heresy and no one will rebuke them;… and the face of the generation will be like the face of the dog…

There are several interpretations

– A dog walks in front of its master. It seems to be leading but it looks towards its master to guide its path.
– If you throw a stick at a dog – the dog will bite the stick. (I never tried it, and I wouldn’t suggest you try either.)

A real leader will stand up for what is right. He will ignore his personal interests and look at the will of G-d and the interest of his city, state or country.

According to the first explanation it means that the leaders will look to their constituents to make decisions. They will not necessarily look to do what is right but to do what is popular.

The second explanation means – that people will see that they are being struck by a stick – so they will fight the stick. In my case, when I experienced suffering I thought G-d was sending me a message through the suffering – so I tried to shape up by making a resolutions to follow Torah. How well I did, I don’t know but at least I got the message.

Obviously, one must try to quell the symptoms, but the main point is to solve the main cause.

Today, some people fight the stick. Others apologize to the stick because if they were hit, it must mean that they did something bad. But really they should be apologizing to the one who threw the stick – not to the stick. They got the message that they should make amends – but are mistaken about with whom to make amends. The master (G-d) threw the stick, the stick is just an intermediary to inflict suffering – to awaken a person to do teshuva / return to G-d’s pleasant ways.

When we wake up to learn that the good and the difficult all come from G-d, we have a different perspective on life. As G-d is good, every event happens for the Good, and is an opportunity to become closer to Him.