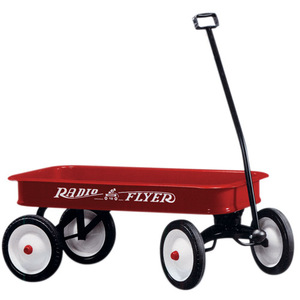 I remember a children’s book – Gillespie and the Guards.

The King appointed guards for his palace. They were renown as the greatest. The king was so confident of them that he issued a challenge – anyone who could steal anything from the palace would be rewarded.

Then the boy appeared to the king to claim his reward. The king said – “Why So? My guards stopped you each time!”

We sometimes act like this king. We fall into the trap of momentum. We ignore the obvious. We have a certain lifestyle – certain beliefs and want to remain with them. If they are challenged we shrug the people off and say this is the way we’ve been doing it for many years. Then the tide turns and we know not what hit us.

Judaism is based upon questioning. Questioning your ideals, yourself, the values of society to be able to arrive at truth. Continuous improvement starts with a desire to find truth. Prayer to find it also helps.

Growth takes effort. A person builds their strengths by lifting a little more every day. The same applies to mental and emotional fitness.

Here is a common example:

Judaism seeks not converts. Judaism – as opposed to other religions offers two paths – one for Jews and one for gentiles. When G-d gave the Torah, he gave laws for all people – the 7 Noahide laws and laws for Jews. Through respecting them a person is offered a place in heaven.

Yet, many religions are based upon – “G-d changed his mind” about his laws or people. Logically, that is very challenging. That is basically saying that G-d, Knower of all facts present, past and future made a mistake. Problematic to say the least. Judaism does not have the “G-d’s mistake” problem of theology and logic.

If you point it out to some – they will admit to the problem but not change.

Others will ignore it.

Some honest people will admit to the problem and say maybe they should investigate the 7 Noahide laws or Judaism.

This is one example. Examples abound. This is the job of the Yetzer HaRah/ “Inclination for Bad.” It tricks you to overlook the obvious. Our tool is to be focused on finding truth. Regardless if it means giving in or giving up.

It is easy to disregard fact to stay in one’s comfort zone. But G-d provides us with a brain to discern truth to be able to arrive at our potential. That’s what G-d expects of us to honestly and sincerely search for truth – even if it means we must step out of our comfort zone.