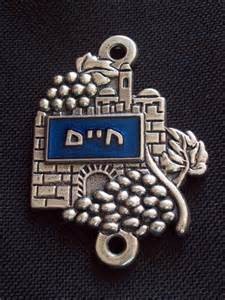 Mr. Lefkowitz received a call from the nursing home.

“Hello is this Mr. Lefkowitz?”

“This is the nursing home. We regret to inform you of some bad news that…”

Mr. Lefkowitz rushed to make arrangements for his mother’s burial. He spoke with the Chevra Kadisha / Jewish Burial Society. They took care of all the details of preparing the body for the burial. They bought a simple wood casket. And arranged for her to have a proper Jewish burial in a Jewish cemetery that buries the dead only in the ground. He knew that that was the Halacha – Jewish law – to bury a person in the grave in the ground – and not to cremate them. They said the eulogies.

After a tearful burial he and his family sat Shiva – the Seven days of mourning where the family receives guests to console them.

About three days into the mourning period, Mr Lefkowitz recieved another call from the nursing home.

“This is the nursing home. I am in aid here and your mother is asking why you did not come to visit her for three days? Is there anything wrong?”

Bewildered by the phone call he rushed to the nursing home. There he almost fainted when he went to his mother’s room and found her alive.

“Where were you all this time? You didn’t come to visit me for three days already? What’s the matter?!”

He tried to put together some explanations are not pain his mother about their mistake.

He went to speak with the main staff.

“We are so sorry Mr. Lefkowitz! There was a terrible mistake. One of the staff called you several days ago. He thought that you were the son of the lady who passed away. Her last name was also Lefkowitz. He erred and contacted you instead of the real son of that lady. We are very sorry for this unfortunate mistake.”

The body of a Jewish person is holy. It must be dealt with with the utmost respect. Unfortunately, many people opt to cremate loved ones. Besides being against Jewish law it has many other negative spiritual repercussions.

A part of the body that remains called the “luz” bone – found in the back of the neck is what G-d will use to resurrect the bodies of those who were faithful to following Judaism. This luz bone is nourished by the food eaten after Shabbat – in the meal called Melave Malka. If it is destroyed through cremation – so is the chance for the body to be resurrected.

In Judaism there is a spiritual life after death. And after this spiritual life one who is worthy will be resurrected after the Messiah comes. A person who cares about their loved ones will take this into account – and bury their loved ones according to Jewish Law. It is of utmost importance for one to contact an Orthodox Jewish burial society to take care of one’s beloved family at the proper time.

We wish all the good people a long life and a burial that will afford them the opportunity to return again.

This mother was fortunate to have another opportunity to come back to life in the future.