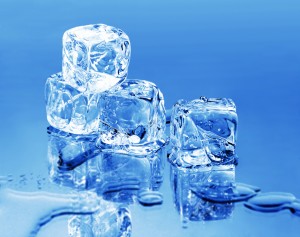 The last letters of the first three words of the Torah – taf, aleph, mem – combined spell Emet in Hebrew – truth.

Reality is related to truth.

Torah is real. Superman is not.

Kindness is real. Hollywood movies are not.

Prayer is real. Propaganda is not.

The events of the world are a result of the spiritual and physical actions of the people. If people do good goodness will reign. The opposite also applies.

A person who does a Mitzvah can cause great goodness to be bestowed upon the world. Perhaps because you gave a poor person a dollar, this had a chain effect that caused food to be supplied to a third world nation. We will not discuss the mechanics, but this concept exists.

Following the eyes is also falsity because many times the illusions that one follows are just that – illusions of happiness, satisfaction, comfort. A person who watches a movie is the same person that they were when they went out. It does not change him or his life. It allowed him to spend some time by escaping, but the person remains the same.

A Mitzvah changes a person. They become a more giving or kind person by doing a Mitzvah. Thus it is a reality – for it changes the person for the better.

A person who lives with an attitude of mainly grasping momentary enjoyment, puts reality on the back-burner – for what are they left with at the end of their lives? The enjoyment past, they end up empty handed. Dead-end dates. Dead-end friends.

Yet a person with a Torah perspective lives in reality. Their relationships are to build families. One of the first commandments is to have children. A person following Torah usually ends up with a family that follows the same path of building the world.

What is reality? – How to Find the Real Me

Reality is being yourself. Reality is acting the best way that you can, without being overly or negatively influenced by others.

Meaning that the kindness that person does determines their self worth, regardless if others recognize this kindness or not.

Thus the Torah wants us to be real. In the sense of acting on our best behavior. For this is the real us. The real us – is not just following whatever our emotions dictate. It is using all of our resources – even acting – to be the best that we can be. The Rambam says that we should act in the middle path. If a person has a bad temper – he should try to act in the opposite manner for some time – ie, act very calmly – in order to reach middle path.

The Problem of Living Illusion

Once a young Jewish woman was walking naturally down the street. Roman nobles noticed and said “Look how gracefully that young woman walks.” Overhearing this, she tried to walk even more gracefully – apparently to impress the nobles. She was eventually punished – by being taken to be part of a brothel. Her illusion was realized. She wanted to impress strangers by her outwardly acts, so she received a high dosage of the illusion of what she was seeking when she improved her steps. In a brothel, a person is nothing more than a body.

Once a priest was on his death bed. He realized that many prohesies that his book spoke about were proven wrong. He asked his acquaintance, the rabbi at the moment of truth – did he waste his life by following something that turned out to be false? The rabbi thought a moment and wanted to express the truth at the moment of truth and said “Yes.” The priest died with great pain on his face.

Too Cool to Be Cool – Dress for Success, Not to Impress

A person who is cool is one who is themselves. A person who overcame trials in life and became better for it.

Cool is not one who puts on the sunglasses to be cool, because those people are trying to be cool to impress others. Seeking others to validate your own self is a lacking. Rather seek what Hash-m wants to validate yourself. Thus you become greater.

A person who tries to impress others ends up empty-handed. The praise that they give him, do nothing to improve him or her or mean nothing to make their lives better.

Laws to avoid relations that may lead to dead-end relationships like the laws of Yichud – that prohibit a man to stay secluded with a woman.

Laws of Jewish Modesty – where women cover themselves in a way to not attract attention or desire of others – are also laws of reality – for in the end the woman is appreciated for her true inner being and not her outward appearance. The outward appearance is secondary to the inner person.

Laws of Marriage – that a man should get married at a young age – instead of pursuing unproductive relationships.

Thus the Torah asks of a person to be real. Be yourself. Become the best you can – through learning self-improvement works in Torah (mussar) and working on yourself. Don’t put on a show. Don’t buy fancy cars or dress to impress. Build yourself. Be content with yourself. With Your family. Be a real person – which eventually leads to true happiness. When you are happy with yourself – every day is bright.