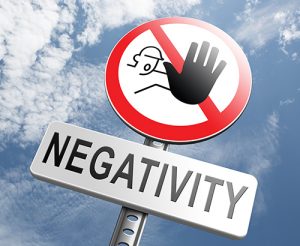 In Parashat / the Torah Reading of Balak (Bamidbar / Numbers 22:2 – 25:8), Balak, the King of the nation of Moav – afraid of the Jews for he saw what they did to the Amorites – commissions a Gentile Prophet Bilaam to Curse the Nation. Balak describes the Jews as having covered the Eye of the Earth (22:5).

One commentator, Rabbi Elimelech Bidderman, explains the concept of covering the eye of the world. He says that the Jews have a different perspective than the world view. The general view of the world is that everything happens by chance or as a result of cause and effect. A man loses money – he was not careful to update his store merchandise. A woman loses a job – she was too talkative at work. These might be the symptoms – but the ultimate reason why things happen is because Hash-m / G-d wants them to happen.

G-d does everything for the good. If one takes that as an attitude – his depression can disappear. Maybe the man lost his money because G-d saw he was spending too much time working and not spending time with the family or learning Torah and He wanted him to find a more lucrative enterprise in which he would work less making more money allowing him to spend more time with the family.

Perhaps the woman lost the Job, so that she could be hired by another firm that is closer to her home or that would give her more responsibilities.

The woman – who lost her job might start having negative feelings towards her boss or towards her former co-workers that did not “stick-up for her”. She remains bitter towards the old staff. Even when she gets a new job she remains bitter towards them. But looking at the big picture G-d helped her to lose one job and find a much better position. So what’s the reason for the grudge? It wasn’t the co-workers it was G-d – doing it for her Good. The co-workers might have tried to help her – but she only sees the negative.

In Judaism we have laws of Lashon HaRa / Derogatory speech. We should not speak badly of a fellow Jew – without direct constructive purpose. Many a time a person speaks badly about others because they failed to see the hand of G-d. They fail to see the good in the “bad” that happened to them. Looking at the long term picture one can see the good that happened – so why blame others for your suffering. It is possible that much good came out from the difficult situation that one was in and overcame.

Look at the good that came as a result of a negative looking situation, and you won’t have to blame others. We’ll live life with a positive attitude – rather than with a grudge in our hearts.