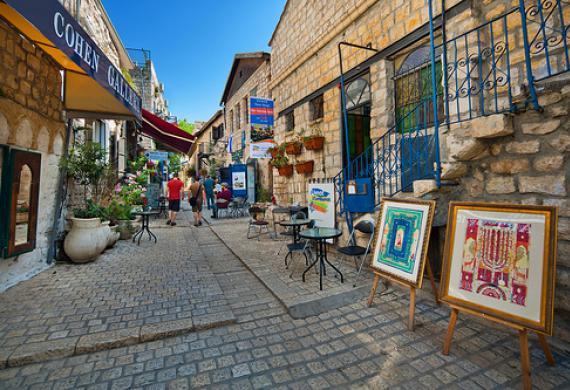 About 10 years ago or so I was in Yeshiva with my friend Avraham. He told me that he was changing the names of his phone extensions in his rooms and somehow they got automatically changed to names that he wanted instead of the ones that he had entered. I told him, perhaps you were dreaming. No. Perhaps you programmed them and you forgot. No. Perhaps a friend came over and changed them. No. I tried to find a rational reason for how they changed. None of my propositions fit what actually happened.

He said “Hash-m” can do anything.” I agreed. “So what is the problem of Him changing the names of my extensions?”

I replied “Why would G-d do such a thing?” I can understand if he would make you meet someone to help you in some matter, but why would G-d want to change your phone extension names?”

“I don’t Know” he answered, “it just happened?”

This past Motzi Shabbat / Sortie of Shabbat, I was at a Melave Malka / the Fourth Meal after Shabbat. The speaker was Rabbi Feifer. He told 4 stories about Hashgacha Pratit / Individual Supervision by G-d.

Rabbi Feifer was in a local Kosher Mini-market. The manager, recognizing him, asked him if he had time to answer a question. Sure, he replied.

“Once a year I usually drive to Florida with my family after Shabbat. I went and stayed a week. After Shabbat was over I started driving back to New York. At about 7 o’clock in the morning – I was tired. I decided to pull off on one of the exits in North Carolina to get some sleep in a parking lot. After my nap, I go out of the car and I notice a fellow Jew. I approached him to say hello and the person turns out to be my old boss. I asked him what he was doing there. He said his daughter wanted to see one of the amusement parks in North Carolina. I asked myself, what are the odds of meeting my boss in the middle of North Carolina.” He asked the Rabbi “Why would G-d do such a thing?”

Some people would call it coincidence but – the Torah says everything is orchestrated by G-d.

The Rabbi thought of a story that happened recently in Israel. An organization in Israel – called Lev Le’achim – invites secular Jews to learn in a Yeshiva to acquaint themselves with Torah.The Yeshiva decide to take a group of boys to Tzefat for a Shabbaton / Shabbat Outing. A secular boy who was staying at the Yeshiva was invited to attend. They told him it would cost about 350 – 400 shekels. He replied, I’d really like to attend but I don’t have the funds. But I learned in the Torah this week that any expenses made for the honor of Shabbat will be reimbursed by Hash-m. “He says borrow on My account and I will pay.” So I will go but I will pay you after the Shabbaton. They agreed.

Rabbi Feifer mentioned that in a taxi in Israel – the cab driver asked him how to say the hebrew word for “Nes” in English. He replied “Miracle.” He said “do you understand? It is 3 words?” “What 3 words?” “Mi Rak El” which translates to “Who? Only G-d.” (Some say Jews made the Latin Language.) He also mentioned the word “Coincident” is “Kah” – translated as G-d. and the word “incident.”