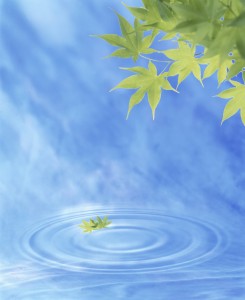 The world is guided by physical laws. It is one proof of the existence of G-d. Albert Einstein said “G-d does not play dice with the universe.”

There is plan and purpose in the Universe. Things do not happen at random.

Physics are laws governing physical objects – Throw something up – it will come down.

Earth Science are laws governing the earth – Winds at different levels of the atmosphere come together from different directions create tornadoes.

There is a spiritual dimension that goes unperceived in life. Some may think that the world just acts with random acts.

G-d runs the world with precision and exactitude.

G-d gave the power to man to shape the world – through the physical and the spiritual.

The world is also governed by other laws – spiritual laws – the spiritual dimension of the world.

Another is called Tephilla – “Prayer.” Prayer to Hash-m has the power to affect changes in the world.

The intensity and sincerity of the prayer will have an effect on the outcome. Pray for a good grade in the Math test and make the effort and it will bring fruits.

Measure for Measure works thus – Do good and it will come back to you. The same applies to doing bad. Be extra patient with someone – others will be patient with you. If one yells at a child and it is possible that soon after someone shout at them. I have observed this personally many times.

Being good – brings not only good to the world but good back to you.