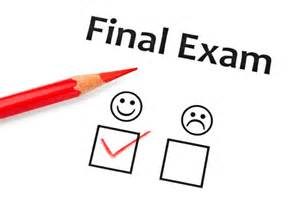 G-d loves his creatures. He doesn’t even want the death of the wicked. He wants them to correct their ways and He will accept them.

The power of Teshuva / repentance is such – that anyone can be forgiven for their sins if they return sincerely to the good and just path of the Torah. G-d is so gracious that He would forgive anyone that sincerely repents. Anyone. Yes – You, Me and the Average Joes.

So Magnanimous is G-d – His Mercy is unimaginable.  I heard from a rabbi – that even if Hitler would have sincerely repented for all the sins he committed – he would have been forgiven. Yet, now that he did not – he ranks among the most evil men of all times.

G-d is our father. He wants us to have a relationship with Him. If we place our worries upon Him, He will take care of them. Say “G-d, I have a great test or an important interview- I will do my best to do well, but You take care of the rest. I won’t worry because you control all.” Don’t Worry – Have faith in Hash-m and he will handle the rest.

One who worries is basically lacking a bit of faith. He thinks that things don’t happen for the best. If he integrated the fact that G-d controls all and does everything for the best – there is no need to worry. After you put in your best effort, act prudently, take your precautions and pray to Hash-m – put your concerns in the hands of G-d – let Him take care of the rest.

If you do worry – you think that man is in control. If a person does worry sometimes G-d says let the worrier take care of the situation. And lets the “dice roll” for what happens. At times one’s worry is the cause of his problems. If a person worries – that which they worry about – might come to fruition due to their worry. Yes – a self-fulfilling prophesy.