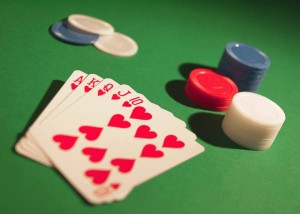 I heard a Story from Rabbi Yitzy Greenman – a Rabbi in Aish Hatorah New York :

Once he invited a Successful Businessman on the Forbes List of Billionaires to give a lecture to his students. The enamored group, listened to his stories on his education, his business success, how his company was being sued by another billionaire, how he made it to the top. He mentioned that regularly he would play cards with the same billionaire, that was suing his company for millions of dollars.

The Rabbi stopped him. “Excuse Me, can I ask a question?… You play cards with a person who is suing your company for millions of dollars?”

Many times we allow others to get us angry, evoke hatred and other emotions in us. But really we are able to control our emotions.

The Peddler Woman
Once a woman was peddling fruits and vegetables on here mobile cart. Some young lads came and took some apples. Seething, she tossed a violent tirade of words at the youngsters. Just then, a man asked her how much are these fruits. It was her best customer. Realizing that continuing her anger stream would cost her her best customer, she smiled large and said “Oh. Hello Mr. Cohen. It’s So Nice to See You.”

My Rebbe, Rabbi Zecharia Mines, obm used to say to me “Your mind should be in control of your heart, not the opposite.”

Rich Man, Poor Man / The Happiest Day of His life
Another true story that illustrates this quality is mentioned by Maimonides, the RamBam.

Once there was a poor person traveling on a ship. His “sleeping cabin” was under a staircase. A wealthy man, disdaining the poor person, decided to urinate. He found that under the staircase was the easiest place to relieve himself. So he did.

The poor person related afterwards that that was the happiest day of his life. Why? Because he realized that he was so much in control that this act of disrespect didn’t faze him. He realized that his self-worth has nothing to with others and no one had control over him.”

Practice Makes Perfect
It takes practice. Initially, You won’t always be in complete control of your emotions. When we let others upset us, we basically let them have a bit of control over our lives. That is a bit disconcerting. But the more control you have over your emotions, the less others have control over you. In Other words – you can control your happiness.

A Lecture that Mentions this principle can be found here:
Personal Growth Vol. 1 – The Secret of Happiness (Part 1) by Rabbi Jonathan Rietti

A Classic Jewish Book that teaches this principle and many others is called Tomer Devora – The Palm tree of Devorah – By Rabbi Moshe Cordovero. It teaches of the 13 attributes of G-d and how to emulate Him. One of them is to Do Good even to those that may have wronged you. When you are magnanimous, you emulate the Creator.

You can be in control of yourself. It just takes a little effort. Learning about self-control – helps you be in control and ultimately, to be a better person.