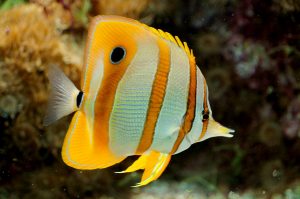 In the Talmud – Taanit 29a we learn

Write the following on a paper:

It means “when Adar enters we increase the Joy. The zodiac sign of Adar is Fish. 🐟”

It says in Parasha Vayigash:
*And Yehuda Approached, Let your servant please speak a word in your ears, for you are like Pharaoh…* (Bereshit 44:18) Yehuda approached Yosef to convince him to take him instead of Binyamin, his brother, as a slave. To convince him, he first tried to approach him in with kind words.

The best approach to convince a person is using kind words. Thus he used them first.

Yehuda wanted to remain calm when talking to Yosef.

In this pasuk is an allusion to a Segula against anger – the pasuk recited at a time of anger to calm a person down – in some of the seemingly extra words – bi, na, al, ke. Bet, Yud, Nun, Alef, Alef, Lamed, Kaf – are the first letters of found in the Pasuk of Tehillim 119:9. (Ball Shem Tov).