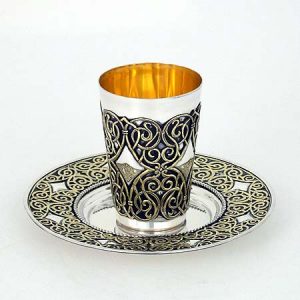 In Talmud Tractate Berakhot (55a) it talks about interpretation of dreams. It says a dream that is not interpreted is like a letter that is not opened.

How to interpret Dreams

When someone tells a Moroccan Jew – they had a dream – they usually reply “Halom Tov. Halom Shalom.” / A good dream. A dream of peace. Thus it’s better to ask a person who likes you to interpret it rather than someone who holds a grudge against you.

I was talking with a person – he mentioned that there are various forms of dreams. He mentioned two – but I think there are more.

One is a dream that was prompted by the events of the day or the ideas in the person’s mind. This kind of dream – could be just a fear being put into a story or a thought of the days happenings.

He gave me an example. Once someone dreamed about Sadaam Husein. He was taken aback that in the dream Sadaam was inviting him to sit next to him. When he woke – he expressed his thoughts about Sadaam – that he was cruel and heartless. He thought of his deeds of that day – and found that he acted in a heartless manner to someone he spoke with on the phone and hung up on him. He realized that that was the message of the dream and called up the person to apologize of his cold and heartless behavior.

Dreams of the Prophetic Kind

Some have dreams similar to prophecy. In English (or really French) – we call them Deja Vu – which is the French for “already was seen.” If a person has a disturbing dream – according to halacha / Jewish law – he or she may fast on Shabbat – the day where we are to eat 3 meals – to nullify the the dream. Like we learned in the Yom Kippur Prayer and in the Gemara / Talmud – Teshuva / Repentence, Tefila / Prayer [to Hash-m], & Tzedeka / charity [to a Torah sanctioned cause] – removes a bad decree. Fasting is one way to do Teshuva. In the section of the Humash that talks of Joseph’s dreams – he had prophetic dreams, The cup bearer & the baker had prophetic dreams. Pharaoh also had dreams. In Masechet Berakhot – it says that dreams are one sixtieth of prophecy.

Some dreams are nonsensical. It could be the whole dream or part of the dream. In part of Joseph’s dream – there was an untruth. He dreamed that the son & the moon and 11 stars were bowing to him – representing that his father & mother and 11 brothers would bow to him. His mother already passed away – so it couldn’t be that the moon would bow to him.

Dreams of People of the Past

Some dream of people who already died. At times these people are given the right to transmit a message to a person. I have a friend that dreamed that he should hit the person who broke into his apartment on the head with a pan. Someone soon after broke into his home looking for drug money. He listened to the dream and abstained from hitting him – he scared him away.

Someone else I know had a dream of their mother. Their mother was plucking a chicken. Her mother was about to put the chicken in the oven – then at the last minuted she said “Throw the chicken away – it is spoiled” The Dreamer interpreted that – the girl her son was dating – was not a good match for her son. She consulted rabbis & did research and found that she was not a suitable match.