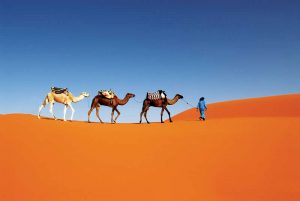 Don’t judge yourself based upon what others say.

As is obvious with most UN resolutions against Israel they have nothing to do with reality. Really. If I were to say that Joseph Kilgour was the first President of the US (POTUS) because I saw a film with him acting as the first president, you would say ‘that is nonsense’. Changing history to support your agenda is also nonsense. Perhaps the theory that the UN is made up of Aliens that seek to dominate the world is also true? Once you inject lies into a discussion – anything goes.

So what’s a person, annoyed by the biased resolutions, to do? Complain? Condemn? Protest? All are mostly a waste of time. You will not get someone who has a grudge against you to change, unless they are a special person. You will not get them to change. Your efforts will be in vain.

better to use this anger as momentum to change yourself. The point is to not benchmark yourself based upon others. Like the popular saying goes – sticks and stones may break bones but names will never harm me. Yes. If you don’t take them to heart.

A Nation that Dwells in Solitude

We should really say thank you to the UN. For they remind the Jewish people of the Torah Verse:

“כי מראש צורים אראנו ומגבעות אשורנו, הן עם לבדד ישכון ובגויים לא יתחשב”
“I see him from atop the rocks, I behold him from the hills – this is a nation that shall dwell in solitude, and will not be counted amongst the nations” – Bamidbar / Numbers (23:9)

When we only are concerned about our spiritual perfection as guided by Torah – we won’t need to be concerned about what others say. When we are doing right in the eyes of G-d, we don not need the approbation of the nations – we live according to the standards of a Higher Authority.

The Messages of G-d

G-d sends us messages every day. The messages are sometimes – Tsunamis, Acts of Terror, UN Resolutions against Israel, Hurricanes. The point is to decifer the messages to improve ourselves. If we hear the message – we need not that it be repeated or said louder.

So instead of giving !@#$%^&* for tat or becoming all ruffled because of the Anti-Semitism disguised as votes in the UN – become better. Take a Mitzvah. Say OK let me use this dissatisfaction of others in a positive way. Let me take upon myself another mitzvah. If I differenciate myself from the nations – by observing Torah & Mitzvoth – I won’t need the UN or the Nazis to remind me. I’ll take care of differentiating myself & G-d will take care of them.