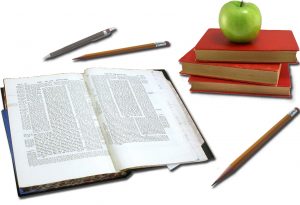 As a teenager – I was one of the popular crowd. I would crack jokes in class – but I was smart enough to make them sporadically to not get kicked out. Once a teacher took me out of class to explain that my behavior of cracking jokes was unacceptable – and if I continued I would be sent out of class. I listened. In my yearbook one teacher wrote something like – “one day when you become a bit more mature you will be a nice guy.” I was already a nice guy – I just liked to joke around.

In Hebrew school I would never study. I think I had a series of zeros on my tests. Then the teacher talked to me after class – saying that I was a smart kid and she knew I could do better. I heeded the words and started getting 100’s on the tests instead. I would try to figure out what my average was based upon the zeros and hundreds. I tried to fiure out how many 100’s I had to get in order to get a passing grade. I think I passed.

My drive to differ continued in college. I was the different one – everyone was preppy – I was the one wearing two watches on my wrist and multi-colored sneakers or sneakers – each a different color.

I don’t know if people got the message. I wasn’t trying do be different to get attention – I was trying to show the world – don’t just follow after society – be yourself – think and act – don’t just act after others – then think.

I guess I still have the same attitude today. I feel people should think more about things – before just blindly following the norms and mores of society.

My high school friends and I became distanced due to the winds of life. It didn’t mean I liked them less – I just put my priorities on different things – like spiritual growth, Torah learning, introspection and following Torah way of life.

In my growth – I was never really tempted to follow another religion or cult. Firstly because I am Jewish – I guess it was proper for me to investigate my religion first before trying others. But another reason was – of the little that I knew I knew that the Torah was the only divine document given to man by G-d before witnesses of millions of people. G-d appeared only once to a nation in history – and that was the Jewish people at Mount Sinai – where He gave us the Torah.