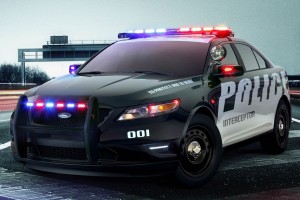 I was driving recently when I heard a siren and saw flashing blue and red lights in my rear view mirror. I suspected that it was my inspection sticker. I said “Good Morning Officer.” “License and registration.” “Sorry I forgot my license at home.” “Your inspection sticker is expired – give me the registration.” I explained “The day before I called the mechanic to ask if I could bring in my car for an inspection. He said to wait till Tommorow – the person who does the inspections is on Jury Duty.”

He let me off for the registration but gave me a ticket for the missing license. He said to send a copy of it in and they will nullify the ticket. He looked Jewish and had a Jewish last name – I couldn’t resist to ask “Are you Jewish?” He said “No. But way back I do have some Jewish blood.” So I asked “who in your family was Jewish? Was it someone on your mother’s side?” He said “Yes. One of my ancestors on my mother’s side.” I told him – “Try & find out, because if your mother, or her mother, or your mother’s grandmother was Jewish – you are 100% Jewish.”

I met people that didn’t know they were Jewish and told them that because their mother was Jewish they are 100% Jewish. Some were surprised. Some became emotional and needed time to digest it.

I gave them some information on how to follow Judaism and were usually receptive.

But it is a bit deeper than that. I heard from my friend Avraham that – it is not that G-d created men and women and then decided that these laws should apply to men and these to women. G-d looked into the Torah and created the world. So basically he made his laws and then said – because of these laws – it is appropriate to create a man. Because of other laws – it is appropriate to create a woman.

The laws are fundamental that allow a person to truely be what he or she can be.

I like policemen. I don’t know if this is a relic from the feelings that I had from childhood or it is because their job is to uphold order, protect and serve. I feel Jews have a similar objective – through Torah observance of the Jews, the people of the world understand that there is a G-d that runs the world and thus this creates a certain order in the world. The Mitzvot / commandments and Torah they learn serves to protect the world and bring good to the world. My Rebbi – Rabbi Zecharia Mines – used to say – if the gentiles would understand the great goodness that comes to the world because the Jews observe the Mitzvot of the Torah – they would stand over the Jews with a Gun and tell them “You better Observe the Mitzvot!” It is interesting to note that G-d, chose Abraham – the proponent of Monotheism – and his children – the Jews – to be a light to the nations. Through their observance of Torah they bring light to the world. Their main goal is to serve Hash-m / G-d. Thus apparently we share a common goal with law enforcement officials – to preserve order, protect and Serve (G-d).