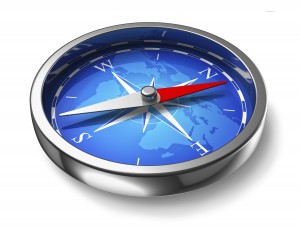 A person is born with a moral compass.

Abraham, our Forefather, used his moral compass to teach him to find the One G-d, in a time and place that idolatry was rampant. Each one of us too can use it to find the true path in life.

One can feel their bones what is right and what is wrong.

If this was not true, one would not be able to be judged in the afterlife.

If so how does one commit a crime?

It is not that one says to themselves that what they are doing is wrong and commit a crime. They say what I am doing is right because of a, b or c.

People steal, not because they recognize it is wrong. They do it because they convince themselves that they need the money to live. Their life supersedes the property of someone else.

With an imagination, anybody can convince themselves that they are the most moral person in the world.

But obviously they are not.

They can steal and feel good about it.

They just have to justify it to themselves.

This is sometimes the reason, why many Jews are appalled by the values of the world.

Many in the world see no wrong when a country sends missiles upon innocent people in Israel.

But when the same happens in another country, they make big rallies and manifestations.

This is why the Torah says:

What is moral? What is not?

There is one morality in the world. The Morality of G-d.

Why? Because as long one thinks that man determines what is moral, morality is subjective. Morality is subject to the whim and interests of man. Man can justify genocide. The Nazis did so. They said that for the good of the world, it must be rid of the “inferior races.” It is not that they said what they were doing was wrong. They said that genocide was right, because they were ridding the world of “inferior” people.

G-d only appeared once in the entire history of man to an entire nation. This is when G-d gave the Torah at Mount Sinai.

G-d never changed his mind. To say G-d changes his mind is a tremendous problem in theology and logic. Judaism says G-d does not change his mind. It is the only way of life that states this fact. Many religions are based upon the theology that G-d changed his mind – he decided to change His law or His people. Both suppositions pose tremendous problems in theology. Judaism is the only religion that does not subscribe to that error in theology. Not only that but it opens up a pandora box of each religion justifying doing what they want in the name of their religion. They can justify pogroms, crusades, inquisitions, autodafe and even genocide.

In certain Arab nations the king would regularly consult the Chief Rabbis for advice.

Apparently, when Pharaoh chose Joseph to lead his nation – it wasn’t because he just saw his intelligence, but because he recognized that he feared G-d.

Morality is essential when a person is in power.

If not, one can use their power for personal gains.

Some may ask, so why do sometimes Jewish people do bad?

The answer is is because they follow not the Torah.

If they followed the Torah they would do what is right.

If a Jewish person steals, it means that they are not following Torah.

The laws are clear in Torah. If one has specific questions – they should consult a competent Orthodox Rabbi.

The Rabbis have Responsa – responses to particular questions – on a wide variety of topics:

What does the Torah say on Euthanasia or Assisted Suicide?
Is abortion permitted if the mother is in danger?
Is a suspected Terrorist considered a rodef – a pursuer to kill – that it would be permitted to kill before they attack?
What are the boundaries of permitted conduct between co-workers of opposite genders to avoid harassment in the workplace?
Is mixing plant species permitted?

A Think tank on ethics is not what the sincere person seeking morality should search for.

One honestly seeking the right thing to do, seeks out a competent Orthodox Rabbi.

Ask them what the Torah says on a particular subject. You’ll be one step closer to knowing what G-d really wants from you or the the world.