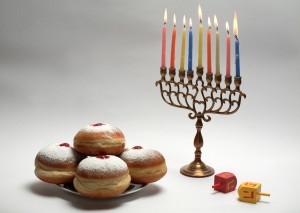 I remember my youth.

I had highs and lows.

The highs were high and the lows were low.

Though the times were challenging, the lows did help me.

When I was down, I started to think more clearly about life.

I realized that life was not a necklace of fun times strung together on a string.

I realized that life is much more than that.

In my period of deep introspection, I saw that there is a purpose to life.

In my period of darkness, I realized what many people don’t their entire lives – that life has a purpose and each one of us have a purpose to fulfill here.

Through the storm of pain, I realized that G-d wanted something from me.

I reasoned “If I am suffering, it must be the will of G-d.” So to relieve the pain, I asked myself the question that many others ask : “Why me?”

Then I Asked a question that many don’t ask “What does G-d want from me?”

I was sincere in my quest to find the truth, not so much because I was a spiritual or religious person, but simply because I wanted relief from my suffering.

Instead of trying to resolve the symptom, I went to solve the root cause.

My quest for solace, was lonely. I became a hermit. A man withdrawing into a cocoon.

My quest started with educating myself in Judaism. I went to the library and searched for Jewish books that seemed to have a reliable author – one that believed in the eternity and immutability of Jewish law.

Slowly, I did find solace in the Jewish stories and true tales.

In the stories, I noticed that there was a plan and purpose in life. A person’s actions have an effect on the world and are important. I realized that we are judged for our actions.

In my search for relief, I realized that G-d was guiding my life. Though it was at times bitter, it was good. Because my life took on a new dimension, the dimension of communicating my needs to G-d. I was never alone anymore.

Every act can be purposeful.

Like eating food. One can just gobble down any fast food that seems relatively fit for human consumption. Or one can elevate eating into a purposeful act to becoming closer to G-d. In Judaism, we say Blessings before eating – to appreciate the food that G-d gave us. And we eat Kosher to assure that the food will not influence us to take the baser characteristics of the animal consumed – one reason we avoid pork. Then we give thanks after eating. The reason I was eating to be able to use the energy in the food to be able to do more good – through the Mitzvot. The simple act of eating became purposeful. Each act, no matter how small became purposeful.

It dawned on me that in life we must actively choose the right path. If we just follow the flow, we end up in a life that is many times disappointing. We have certain expectations – and when they are not met, we are upset.

With my new attitude, I realized that every situation I was put in was for my personal good and growth. G-d tailored it for me.

I recently met a Gentile who was working in the Synagogue. I handed him a card of the Seven Noahide laws for humanity. He thanked me and mentioned he would look into when he had a chance. I mentioned to him that it is unfortunate to go throughout life without plan or purpose.

The Jewish Laws give that plan and purpose.

I tell that to people. A person who regularly learns Torah – especially in a Yeshiva or kollel – is like a ship with an anchor. Those who just follow the fads are just pushed through life with the waves pushing it in any random direction.

This is the message of Hanukkah. Think your life out. Choose the right path. Let the wisdom of the Torah be your guide, rather than the fads, fashions and whims of the society push you through life, like a ship without an anchor.

Why Judaism? Thousands of other religions exist?

Judaism is the only way of life in which G-d spoke to entire nation of millions people to give his law. It only happened once in the history of man.

He never came down to say “he changed his mind” – so the laws are still in effect. The 7 laws for all Humanity and the 613 Mitzvot for the Jews.

The rest of your life starts with one small step. The first step in getting home is to choose the right path.

Thank G-d I found and chose the path. Now I just have to try and follow it according to the best of my ability. Ultimately for my good and for the good of the world.