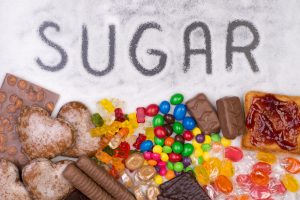 I was in the Hamptons in a Summer house. A friend of the family with whom I was staying pointed out to me a small critique about a certain group of Jewish people. He mentioned that they did not watch the news. He backed up his critique with “You need to know what’s going on in the world!”

Do You Need to Know What is Going on in the World?

I know that some of these Jewish people he was talking about do watch – some don’t – but I decided to answer him according to his conception or misconception.

The Most Powerful word to find Truth – Why?

The appropriate response to someone who is saying a statement that you may not agree with is “Why?”

So I asked “Why do you need to know what is going on in the world?”

It was a long time ago – but I suppose He said something like “What if there is a hurricane? You have to take your precautions.”

Then he said “You have to be able to discuss things.” I replied “I can give my opinion – if the other person fills me in on the issue. I don’t need to watch it or know all the details of the news to hold an intelligent conversation.

Why do you do Anything? What is Your Gain?

But the real point is to ask “why?” on any activity. Not to be a wise guy – but to see if that activity will help you in life or not. Will it make you more productive? Will it make you a better person? Will it help you to have better values? Regarding following the news the answer to the above questions is no.

So why do people watch it? It is interesting. But on the other side it is also depressing and causes a person more anxiety.

I find it improper for people to preach what they hear on the news. For instance – you are drinking a soda. A news watcher says to you – “You know what soda does to you? You shouldn’t drink too much sugar.” So you take a diet soda instead. “Hey did you hear what they said on the news about artificial sweeteners?” So you drink water. Then you are about to eat some eggs and meat. “Your other friend says – do you know how they treat these animals. How can you eat them. You know what they do to the chickens that make these eggs?” By that time you lost your appetite. Yes I need my dinner to be ruined because someone heard some news. A person can become an ascetic or paranoid from what they hear from the news.

Appealing to the Lowest Common Denominator

News has an interest in violence and immorality. The more immorality they show – the grater ratings. The Greater ratings – the more they can  charge for a commercial. Their agenda is to get ratings. They have no regard for proper Torah values. Whatever sells goes. I ask myself – how anyone who wants to raise a wholesome family – can have a TV in the house – with all the disrespect, immorality and obscenities they show. But that’s not the subject today.

Today’s Propaganda – Fake News and News Outlets with an Agenda

Many years ago – news was pretty non-biased. They reported facts – not the point of view of the news station or newspaper. Nowadays – each news outlet has an agenda. I want to make you liberal. I want to make you conservative. I want you to become a vegetarian. I want you to buy my medicine. If you think of it – news is supported by advertising – so it makes sense to say stories that support advertisers – regardless of whether it is good for people or not.

If the news is true – it may be skewed to make you join the ranks of the news outlet’s agenda. If it is not true – that’s even worse. That’s not news – that’s called propaganda.

Removing News as a Distraction

Do I keep up on the news? Some days a few minutes. Sometimes I read a Jewish Family and News Magazine. I saw that news was a distraction. I have many things to accomplish that are more important than reading news. So I imposed upon myself to accomplish these tasks before I can read of news. I am not reading news these days because I didn’t yet accomplish my tasks. When I do perhaps I will scan the headines for stories of interest.

The Point – Don’t Waste Time on the Secondary

All of the above is to give you a non-biased view of news. I have nothing to gain from you watching or not. But you have much to gain by limiting your time in hearing or reading news.

You can become a more productive person. Instead of using your time for news – you can use it to do something productive in the world.

I feel vegetarians and vegans are sincere – they are concerned about animals. Other’s are sincere in their quest for defending their political position. But – a great problem exists.

In Torah – we believe in something called a Yetzer HaTov  & a Yetzer HaRa’. In English – the Good inclination and the Evil Inclination. You remember the cartoons with a little devil and little angel floating over one shoulder of the cartoon character. That is a Torah concept.

The Yetzer HaRa does not want you to be productive in life. It wants you to waste time, to distract you, to make you involved in activities that are no gain to you or society or something against Torah. The Yetzer HaRah makes you procrastinate – it doesn’t want you to accomplish. It’s a Mitzvah to work, to be a productive member of society and to build the world – also for Gentiles. So to prevent you from doing the mitzvah of world – it makes you procrastinate. It can also get you involved in activities are very good or beneficial for society – but they are the secondaries in life – not the priorities.

What are the priorities in Life? Being married. Having Children. Learning Torah. Doing Mitzvot. Observing Torah. But even among doing Mitzvot there is an order of priorities.

They should spend at least as much time -searching for a mate to get married – as they do defending animal rights. After 120 years – when a person reaches the next world  – G-d will not ask you – did you fight against communism, did you fight for animal rights, did you only eat vegetables. He will ask you did you get married and establish a family?

Establishing a family – That is one example. He will also ask you if you established the family on Torah values.

It’s easy to get sidetracked. The idea for accomplishing in business, in life and in Torah is not to be sidetracked.