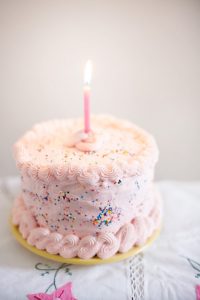 The kids sing “Happy Birthday to You…”

What is the origin of a Birthday?

The interpretation came true. Three days later it was the Birthday of Pharaoh. Rashi Explains he was celebrating the day of his birth.

At that celebration Pharaoh forgave the cup-bearer and condemned the baker.

So what is there to celebrate?

We all have reasons to be thankful.

Observation of our surrounding, situations and a positive eye will help us to recognize we have more for which to be thankful than the contrary