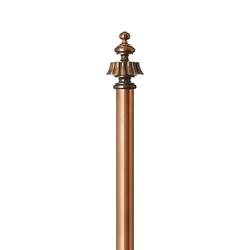 In the desert, the Israelites complained. (Bamidbar / Numbers 21:5) G-d sent snakes to bite the complainers. Moses, having mercy for his people, prayed to Hash-m to heal them. G-d told Moshe to construct a large copper snake and to place it on a pole. (thus the logo for the medical profession.) One who was bitten – would look upon the snake and be healed.

A Blessing in Disguise

Covid Omicron is a very mild form of Corona virus. A person who was infected – perhaps would be quarantined for several days – but afterwards – he or she would get the anti-bodies against the more severe forms of Covid.

Since Omicron spreads rapidly it is inoculating large parts of the population.

A blessing in Disguise.