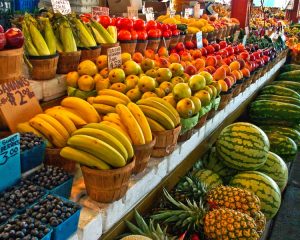 There is no Beit Midrash / Torah House of Study without a New Idea / Hidush.

I was in the Beit Midrash Today. I overheard a snippet of a conversation between a Rav and a Talmid / Student. He was explaining why people become sad when something bad happens.

He asked why does a person feel badly when something bad happens. A person gets a big dent in his car. He or She becomes upset.

But why? the car drives the same way as before? OK – you say – the price of the car goes down with a big dent. OK – let’s say it is a small dent – that is covered by your lease.

Possible answers why people are sad when bad things occur

One answer I thought – was that a person subconsciously wants to be perfect. Subconsciously he wants to emulate G-d. If his car is not perfect – he is deviating from being like G-d. Is that the right answer? I don’t know. Perhaps.

He answered why are people sad when bad occurs – he said that it is possible that deep down inside we realize that the bad that occurred was at least in part due to our failing.

For instance – let’s say we pray for an ill person to recover – and they do not. We may feel guilty that we did not pray enough for their recovery. Perhaps if we had prayed with all our hearts – the person would have been healed.

The concept of the Domino Effect – called Middah Keneged Middah / Measure for measure – exists in Judaism. Do good and get good. Do bad and bad is created.

Aside from the bad itself – we feel sad that perhaps we were the cause of the bad thing that happened.

He explained that sometimes a person is more upset that he got a dent in his car than if an earthquake happened in a distant land. Shouldn’t it be the opposite – a person should be upset more for the loss of human life more than a car dent.

He attributed it to that reason – that a person can see that he was responsible for the dent. He feels badly for – either not obeying traffic rules, driving recklessly or that he dented someone else’s car and he didn’t make restitution.

But he can’t see why he is responsible for an earthquake that occurs in some country overseas.

I thought that that was a Hidush – perhaps I should ask him where are his Torah sources for this point.

A Rabbi at another table told a story. I believe it went something like – a woman was selling fruit. All of a sudden a gang of robbers came and started stealing her fruits. She was so upset she started crying while they were stealing. A friend said to her “Don’t cry – grab some of your own fruits for yourself!”

What do we do when we realize that we did wrong? At times we get depressed. How could I have done this bad thing? We become demoralized and become lackadaisical to continue performing good deeds. Our negative inclination says “You are such a lowly person for doing such a thing. You should be ashamed and sad and stay in that state of sadness.”

That is the trick of the negative inclination – to make you regret and resign from doing good. The point of feeling badly for a deed is to become better. So when someone feels badly for a bad thing – he or she should take a resolution to become better in the future.

If not – they are like the woman that cried and let the robbers take her fruits.

If a person sees that in their youth they wasted time from doing good – make a commitment that in the future they should put their time to better use.

Correct the thing that you think may have caused the bad thing (ie, the car dent) to occur. You’ll be happier in the future.