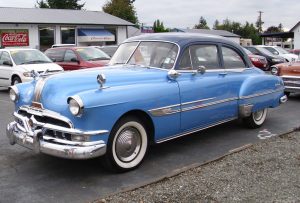 I asked my mechanic today if he needs an assistant. I had so many car troubles – I know many car parts, troubles, and their solutions. He laughed.

He told me it is more worth my time to learn & teach Torah. He told me a story that once – I believe Moshe Reichman – a Multi-Billionaire – asked – the Gadol HaDor – great Rabbi of the Generation – could he retire and just sit and learn Torah. Rav Shach said – He supported so many Yeshiva Students – with his wealth – that he should remain in business and keep his Torah learning schedule.

A Greater Place in Heaven

I then told him a story – Once Moshe Reichman asked Rav Schach – “Who will have a greater place in Heaven – Himself – because he supported so many Torah learning Institutions and Yeshivot or Rav Shach who was the Torah leader of the Generation?”

The Benefits of an Old Used Car

I said to my mechanic – It is good to have an old used car. Why? Because the troubles that you have are an atonement for sins. Instead of physical harm – the atonement goes on the car. So spending $1000 for a new Intake Manifold isn’t so bad – after all.

Rabbi Harvey Gornish, an Orthodox Rabbi, brought a story in response to a question – “How did King Solomon / Shlomo Hamelech learn the language of the animals?”

In I Kings 3:5–14 Solomon begs G-d for the wisdom of a LEV SHOMAYA or understanding heart, and a Midrash informs us that when he woke up from what he thought was a dream (3:15), he found that he could understand the chirping of the birds.

There is a remarkable follow up to this Midrash. One day a friend of Solomon, obsessed with learning the secrets of the birds, implored the king to teach him this secret language. Solomon cautioned him that it would serve him not well and lead to disaster, but the friend was relentless. Upon learning how to understand the chirping birds, the man heard two birds conversing and was shocked to hear that they were speaking about himself, warning that tomorrow his house would burn down. Shrewdly, the man raced to the market and sold his house to a idolatrous gentile. How happy he was to incur no loss when the house burst into flames on the morrow.

A week later he heard the birds warn that his cattle would die of a plague. Once again he shrewdly sold them quickly and suffered no loss. Finally, the last avian warning was that HE was about to die. Terrified, the man ran to Solomon begging for advice.

Solomon explained there was nothing he could do; the man had tried to outsmart the Al-Mighty, and deserved his fate. The merciful G-d had tried to awaken him to repentance by depriving him of a somewhat painless monetary loss; a house, some cattle, etc. But NO, HE was too smart to allow G-d to do this. So finally, there was nothing left with which to punish his sins except to take his very life.And that was That.

And so the Torah warns us in Deuteronimy 18:13 Tamim Tihihey Im Hashem Elokecho: Be WHOLEHEARTED with Hashem your G-d. Refrain from astrology, divination, fortune telling and tarot cards in order to outwit your fate. It can not be done and it is a sin to try. Instead TRUST in His love that whatever befalls you was not only necessary, but also the best outcome that is beneficial to your soul. Trying to outsmart the Al-Mighty is really for the birds!