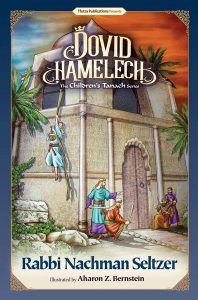 My Computer crashed yesterday. It wasn’t the first time. A long while back I had Microsoft Windows. I got the “Blue Crash Screen”. I had to figure out how to get my computer back up. I tried their recommended methods. No avail. I tried another version of Windows – but I had to find that Windows key to get it back. Didn’t work. Finally I just backed up my files and installed a new  Operating System instead of Windows – Linux. Fedora to be exact. Yesterday I just reinstalled Fedora again.

OK. Initially – It took time to adjust to a new Operating System. But now I am still running Linux. Yes I have Laptops that run Windows – but I am fine with Linux.

Similarly – a longer time ago I was living the high life. Yes I had ups and downs – but I was having a good time. Till my life crashed. I experienced sufferings as a teen. Yes – teen problems but crushing nonetheless. So I tried to make small changes to my life. I was sure – deep inside – the crash was a message from G-d / Hash-m. Before I became more dedicated to Judaism – I didn’t hesitate to make a Joke at the expense of other’s discomfort. I was funny – but at times I could hurt others feelings. For that I regret. The sufferings prompted soul searching.

The Connection between computers & life

We experience ups and downs. Many a time – these can be interpreted as messages. Messages from G-d / Hash-m to improve. To become closer to him. G-d is our father – and at times He steps in to wake us up to that fact. Or wake us up to strengthening our relationship with Him.

But G-d does not want us to give up. If there are troubles – it is a time to reflect and prompt ourselves to improve. Embarrassing a person in public is forbidden in Torah. It is like killing. So as a youth – due to my troubles – I became more sensitive to people’s feelings. I apologized to the people I might have hurt. Now I try to joke in a way to bring a person up not down.

The Nurse that Gave Up

Some give up when life becomes harder. When sufferings raise their head. That’s the last thing G-d / Hash-m – your Father – wants from you. I still feel badly for the nurse who gave up on life – when she encountered so many cases of Covid – some she helped to save – some she couldn’t.

G-d  doesn’t want us to give up. At times He wants us to change our perspective on life. To take on a Torah perspective. In life it is forbidden for a person to take one’s life. The closer a person is to the person he/or she kills the worse it is. Killing – the one person that is closest to oneself, who is oneself – is one of the worst transgressions.

Ask All Your Questions to an Orthodox Rabbi

So what should that nurse have done. She was suffering from not being able to help as many people she could have. Apparently – she could have presented herself to an Orthodox Rabbi to ask for an explanation for why G-d sent Covid. Why was she not able to save as many people as she could have. Why did she have to witness so many deaths? What was a proper course of action for the future. What is a Torah outlook to cope with her difficult situations.

Pain is not the Worst Thing

People experience pain. But pain is not the worst thing that can happen. Not achieving what one can in life is worse than pain. Pain – like money comes and goes. But one who doesn’t achieve their potential in life – they can’t repair it after death.

David HaMelekh / King David wanted sufferings to come to him – because it gave him the opportunity to turn to G-d on a more emotional level – and to him even pain was preferable to a non-relationship with Hash-m.

Although I shy away from suffering – when I did suffer as a youth – I remember  it was easier to feel closer to Hash-m. All barriers between us were removed because – what was important in my eyes before – became secondary to relieve may suffering. I knew the way was to seek spirituality – by becoming closer to Hash-m through Torah.

How to Fix Life & Computers

When a computer crashes – you can try to fix it with software utilities – or try a new operating system to get your computer back on track. When Life crashes you can change little things and stick to the same lifestyle or you can try to try a new lifestyle that will help you change your outlook and attitude on life. Even if you are a bit unfamiliar – you can reduce the downtime in the future.

People who like computers – in general like logic. I like logic. Judaism was the ultimate source of life for me because it answered all the questions I had and provided a logical framework for everything I do. I also like practicality – in Judaism we translate concepts into actions. It is not enough to say as it says in Torah – “Love Your fellow as Yourself” –  the Torah provides specific laws to put it into action – Like not speaking Lashon HaRah / Evil speech about others, giving charity, doing acts of kindness, etc.

Sometimes I look back and imagine what my life would be like if I didn’t take steps to improve. I would be a different person than I am today – and I am happy I did take those challenging but highly beneficial steps.