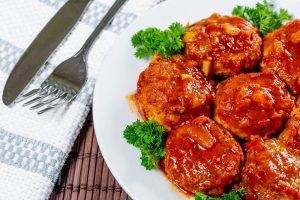 In Parasha Matot – G-d Tells Moshe / Moses to take vengeance on the Midianites. Moshe sends Pinhas. Why did Moshe not do it himself? Moshe had gratitude towards Midian. He took refuge there when he ran away from Egypt.

Many a time we have an opportunity to express gratitude.

A man once came home – he found his wife happy. He asked – why are you smiling. She said – their son came home and he did very well on the Mishna test. He told her it was he meatballs that she prepared yesterday that gave him strength to study and remember the material.

That compliment made her happy. He thought if that’s the power of a compliment – he will try to give more compliments. The man went back to his Kollel / Torah study group – and he gave the Rosh Kollel a compliment. “Thank you for the 13 yeas I have been here. You provide the Gemaras / Talmud books, the Shtenders / Learning stands,  and the coffee.

Some time later – he met the Rosh Kollel in the market. He said to him – I want to thank you. I was thinking of closing the Kollel due to lack of funding – and because of Your compliment I thought – “You know – I really did good to the community by opening the Kollel. Many people learned Torah. Perhaps I will try to continue it. In a several days I was motivated – & I raised the funds and I raised the yearly budget.”

The Power of a compliments