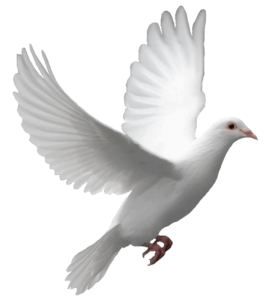 In the first chapter Pirkei Avot / Ethics of the Fathers it says to Love Peace:

12. Hillel & Shammai received it from them [from Shema’ya & Avtalyon]. Hillel says: Be like the students of Aharon – love peace & pursue peace love the creatures & draw them close to the Torah.

Torah Commentator – the Zera Shimshon – asks why does it need to say “Be like the students of Aharon” – we could understand the Mishna without that phrase. He explains that Aharon used to make peace between two parties by saying  to one – you know your friend really wants to make peace. Then he would say same to the other party.  When the two who were in a quarrel saw each other – they would make peace between each other.

He basically told a fib or a white lie to make peace – between friends in quarrel or family members, or between man and his wife.

So that’s why it says that phrase “Be like the students of Aharon” to teach the people – you, To even bend the truth to promote peace.