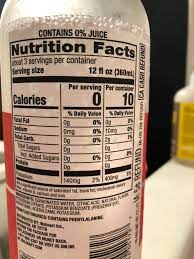 The point of this article is to help people discern what is true and good and what is bad and false.

I am sure there remain people with morality and honesty in Journalist. The little news I do read are from sources that have some kind of non-biased bent – that report news facts.

The Change from Fact to Opinion

We are not here to condemn News organizations or Journalists. Yet I have more distrust of News media that 20 years ago. I remember the days where some kind of ethics reigned in the media. Nowadays – many once reputable news organizations – reports their take on the matter, at times reporting their own agenda & fake news. Some change spin doctor journalism into something close to fiction.

It is not a new phenomena. People from ancient civilizations did the same. Reporting things – out of context – to give credibility to their agenda. Many cults, philosophies, religions use the same technique. Some will quote you verses from the “Bible” out of context to fit heir agenda. It makes them look good in the eyes of the ignorant. But the educated will not fall for their game.

Protect Yourself from Falsity

So how do you protect yourself from falsity and fakery? the simple answer: Educate Yourself & Research it. Be willing to sacrifice your comfort zone to find truth.

If you want to know three times zero is 10 – educate yourself in Mathematics. You know that 0 + 0 + 0 = 0. So there must be some explanation. If you know mathematics – you will attempt to discover a reasonable explanation for the discrepancy. If you don’t know math – you will accept it at face value.

I know people who investigated many religions an cults. When they discovered a  discrepancy and asked about it – the leader either swept the question under the rug, or used the ‘you just have to have faith’ answer or looked down upon the person asking the question. These responses – lead the questioning person to have doubt that the person is covering up.

Questions to Improve Ourselves

Questions that many a philosophy cannot answer but can be answered by Judaism:

Questions For Philosophies that deny the existence of G-d.

Question: How can the world be created by random atoms colliding with one another to create a perfect universe? Where did those atoms come from? What happened before the “Big Bang”? What is the physical difference between a body before death and after death? How does growth occur – according to the “random atoms” theory?

Torah Judaism’s Answer– We believe in a G-d that created and continues to direct the world every moment.

Question: Would you expect a company that creates a complicated piece of machinery or even a simple appliance – like a toaster – not to include instructions & warnings? How could G-d create a world without providing instructions?

Torah Judaism’s Answer– We believe in a G-d that spoke to millions of people at Mount Sinai – when He gave the Jewish people the Torah. Those are the laws of the world.

Question: How can someone believe in a philosophy that condemns killing – Like it says in the Torah “Do Not Kill” in the 10 commandments – yet the history of that religion was replete with killing?

Torah Judaism’s Answer – Judaism never committed crusades, pogroms or terrorism to get converts – we are looking for sincere people to follow Torah not quantity.

Question: How can a philosophy that condemns idolatry – which is the second of the 10 commandments – believe in a Human as a deity?

Torah Judaism’s Answer – Judaism believes in one Omnipotent, Omniscient G-d Hash-m – that Has no body or physical form.

Question: How can a philosophy say that G-d “changed his mind” about observing of His laws or about His selection of the Jewish people – this insinuates that G-d does not know the future?

Question: How can someone observe the 10 commandments if they were only given to the Jewish people? (The 7 Noahide laws from the Torah were given for the Gentiles).

Question: The Torah says “I am Hash-m, Your G-d, that brought you out of Egypt” Meaning the 10 commandments only applies to people who left Egypt and their descendants – the Jewish people.

Torah Judaism’s Answer – The Torah was given to the Jewish people to observe. A non-Jew that wishes to Observe them entirely – may convert. Their main obligation is to follow their 7 Noahide laws from the Torah and Torah laws that are not prohibited by the Torah – like observing the Shabbat. If they want to observe more they can take upon themselves certain commandments. Consult a competent Orthodox rabbi for more information.

Question: How can you believe in different G-d than Hash-m when Hash-m is the Only  Name that is mentioned in the 5 Books of the Moses? (Many Bibles erroneously translate – G-d’s name – “Hash-m” – as “The L-rd”. For instance a verse in the Text is properly translated as “Hash-m spoke with Moses Saying” – NOT “The L-rd Spoke with Moses saying)? )

Questions for People Who condemn Israel

Why? Did you define what is apartheid – and compare Israel’s policies to what Apartheid was? Do you also condemn virulently other nations that commit more heinous acts that what you accuse Israel?

How to Not be misled by Other Philosophies

To Not be misled by Philosophical Arguments – learn what Torah says about it – ask a competent Orthodox Rabbi. If someone from another religion tells you a “proof” that supports their view from a verse in the Torah or Tanach – first see what the Authentic Torah sages say about it – ( like Rashi, Ibn Ezra, Ramban, Sforno, Abarbanel, Aderet Eliyahu (Rabbi Yosef Chaim), Alshich , Avi Ezer, Bartenura on Torah, Bekhor Shor, Chatam Sofer, Chizkuni, Chomat Anakh, Daat Zkenim, Gur Aryeh, HaKtav VeHaKabalah, Haamek Davar, Kitzur Baal Haturim, Kli Yakar, Malbim, Minchat Shai, Minei Targuma, Mizrachi, Or HaChaim, Paaneach Raza, Penei David, Rabbeinu Bahya, Ralbag Beur HaMilot, Ralbag on Torah, Rashbam, Recanati on the Torah, Riva, Rosh,  Siftei Chakhamim, Torah Temimah on Torah, Tur HaAroch, Tzafnat Pa’neach, Tzror HaMor) These commentators explain Torah as it was handed down from Mount Sinai. If one relies on interpretations that contradict Torah – it is like learning Tennis from the pre-game show.