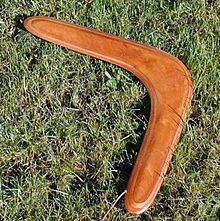 Moshe / Moses is born in this week’s Parasha / Weekly Torah reading – Shemot. His mother and sister – Yocheved & Miriam – were midwives, named Shifra and Puah. They disobeyed Pharoah’s command to throw Jewish baby boys in the Nile river. The reason: they feared Hash-m – G-d.

G-d Compensates them by making for them houses. The interpretation is the house of Kingship and the house of the Kehuna / priesthood.

Hebrew has male and female, singular and plural pronouns. (He,She, it, They (m,f), them (m,f) and word endings. It says in the Pasuk (Shemot / Exodus 21:12) G-d made Houses for them (m). We would think that it should say He made houses for “Them (f)” – since Shifra & Puah were females. So it means that the good not only went to them but to other people as well – including males. [In Hebrew, we call a group of males and females – Them (m).”

It teaches us – if you do good for others – you not only do good for that person – but the good & the reward is returned to you and others.