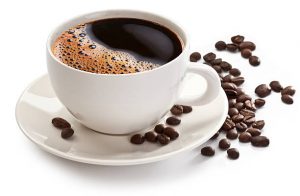 Rabbi Dr. Jack Cohen‘s “Fast Track to Getting Married” lecture last night was well attended in the MJO synagogue in Forest Hills. He gave much practical advice on going from single to married status.

A woman was marrying off her daughter. She wanted the best wedding dress. She went to a seamstress – who happened to be a widow. When the dress was finished – it was not exactly to her liking.

She complained “This is not what we expected!” She refused to pay her. She walked out and said “Let’s go to a high end store instead.” The daughter felt terrible for the poor seamstress.

On the day of the wedding – The bride was in the new gown she ordered. She was surrounded by the makeup artist, her relatives and her mother. When her mother turned around – the people were aghast when a cup of coffee next to the bride accidentally splashed onto the wedding dress.

She couldn’t go down the isle with that wedding dress. They decided to call the seamstress to finally take the original wedding dress. About an hour later they were ready to start the wedding with the new dress.

The bride’s mother was furious that someone was so clumsy to knock over the cup. He sister was the one closest to the cup. She said – “You couldn’t be more careful?! How can you do such a thing on one of the most important days of our life?!”

She was so upset she decided to stop talking to her sister. One day passed. One week passed. One Month passed. One Year. 10 years. 20 years. The mother was adamant to not speak with her sister.

Finally – it was the time of the daughter’s daughter’s wedding. The Mother of the bride said to her mother. Can I reveal a secret to you on the day of my daughter’s wedding? The mother said of course. Do you remember the incident with the coffee spilling on the wedding dress? She said yes. She said “Do you know that it wasn’t your sister who spilled the coffee on my dress?” She said “Then who was it?” She responded “It was me. I did it. But when my aunt saw it she took the blame. She didn’t want you to be angry at me – so she told me “be quiet – don’t say a word. I’ll take the blame.” Your sister didn’t allow me to reveal this secret till today. So you assumed that it was your sister all these years that spilled the coffee – but really it was me.

Terribly uncomfortable – she didn’t know what to do. She had anger, hatred and bad blood for sister for over 20 years – for something she did not commit.

Many times we fill in the blanks to blame others. We sometimes get pleasure in getting angry. We want to find the scapegoat. We want to get angry. We jump into hatred for something that could be a misunderstanding.

We lose time. Friendship. What could be a very positive relationship. We lose love and replace it with bad blood because of a misunderstanding. Do you think it’s worth it? All this because we don’t feel like picking up the phone and saying 5 words “I’m Sorry. Let’s Make Peace.”

Is it worth it? I think not.