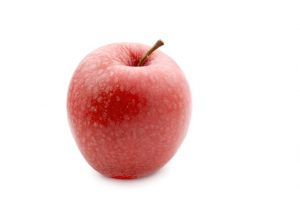 Good G-d – the similarity of beliefs

Most people believe in a guiding force in the world – which we would call G-d. They pray to Him for guidance and goodness. He gets them through the day, getting them over problems – big and small, helping them over obstacles – short & tall. He is their source of belief that all that occurs is for the good. He is the source of strength to the tired physically and emotionally. With Him they feel they can break through barriers. And even if they fail they know it is for a good reason – because G-d / Hash-m is guiding the world with good.

Religion – The differences of beliefs

Believing in a good G-d is where similarity between people ends. Some  believe in organized religion – some do not. Their concepts of G-d differ – some see G-d as a powerful King – others as a kind father. Some believe in Torah – others not.

Everyone can arrive at G-d’s Truth through logic

Logically every normal person can arrive at G-d’s truth – that He exists, what he wants – what He doesn’t want, what is good and what is bad. If that were not the case no one could be judged for when a person reaches the next world they would be able to say – no one told me it was forbidden to steal. Apparently you can figure out what is right and wrong. Any average person can.

There is one true Law

Logically there is only one true law that was given by G-d.

Why? Because if that was not so – there would be no right and wrong in the world. Let’s take a simple example. Judaism says it is forbidden to kill innocent people. Other religions say it is good to kill infidels. Look at the history of religions – The church killed millions in the name of their religion. Others religions killed in the name of their religion. According to Torah it is forbidden to kill. According to other religions it is permitted.

Thus you must say that there is a standard law that applies in the world.

Judaism says that the Torah is the True Law of G-d because it is the only divine law that was heard from the mouth of G-d by millions of witnesses. All other belief systems may include G-d or exclude him – like communism and socialism.

The Torah Civilized the world. Yet the world has a long way to go. Either the world will learn – from intelligence and Torah true ethics. Or the world will come into a state of turmoil that will threaten a large part of the earth’s population.

True Civilization Starts with the 7 Noahide Laws for all mankind.

The question that each person should pose themselves is – if the Society’s values say one thing and G-d’s values – as found in the Torah (Written & Oral) – say another what should I follow?

Most people are followers. The see what is popular in society and follow suit. The IPhone – popular – I have to have it. So it is easy to follow society.

The challenges occur when G-d’s word is different than society’s values. Let’s take a current example.

Understanding the Superiority of Torah Values

What’s society’s reason for accepting – same gender marriage? Though society says it is because of tolerance – the real reason is decadence. As will be seen.

Difference Between Tolerance and Decadence – Why Judaism Has it Right

Tolerance is accepting and respecting a person regardless of their moral status. That is tolerance – meaning – if a person is a thief – you act respectfully towards that person – even though he or she engages in theft.

Decadence or debauchery is accepting a value regardless of how immoral it is. Society has accepted a long held prohibited value and made it acceptable and permitted. That is debauchery.

Let’s say society accepts theft as a permitted value – that is decadence.

Let’s examine the Torah position. The Torah says give respect to all individuals – regardless of their morality. That is true tolerance.

Regarding Same gender marriage and homosexuality – it is an abomination.

The Negative Consequences of Immorality – The Microcosm & Macrocosm

Let’s look at some of the consequences for society of these practices. In a macrocosm, These practices engender a tremendous drop in population growth. As is obvious –  Men cannot have children without women and vice versa. In the microcosm, the same gender unions will forever be deprived of sharing a the beautiful cries of a common baby. As long as they remain in such a union.

They will relinquish having a normal father and mother family life.

The people who support or condone it may end up with children with the same values and their “tolerant” values may cause them to bereft of the great pleasure of having grandchildren.

One of the reason’s Rome fell was the lack of population growth due to the lack of morality of the country. They ended up relying upon mercenary soldiers – whose loyalty and expenses – greatly taxed the country and lead to their downfall.

Same Gender Marriage was chosen to illustrate that Jewish Torah Values are better than societal values for Society and the Individual in the long run. But the examples abound.

In Torah – anyone can do teshuva / Repent. Condemnation of the acts of Homosexuality does not preclude a person from becoming a Baal Teshuva – a person who sincerely  repents and becomes a Torah observant Jew. Any person can do teshuva for any sin and ultimately be forgiven. The first step though is recognizing one’s sins. (See Starting Over – Wiping the Slate Clean in Judaism)

The Torah gives man an opportunity to live life to the fullest and accomplish the most from life. The average person wants to get married – raise a family and leave a legacy. The Torah guides a person to fulfill that dream in the best way possible.

How to More Easily Establish a Family

Today, people date for fun. What happens? Many end up in a dating relationship for lets say a decade and break up. They remain without children – 10 years older and have a more difficult time finding a Marriage mate in their 30s than in their 20s. The Torah says – put dating for fun on the side and put your efforts into dating for marriage.

When one looks to get married – their requirements for a mate differ than when they date for fun. Qualifications include a responsible individual, that will be loyal to family and raise the family according to Torah values.

How to More Easily Maintain a Family

The Torah expects us to put children into an Orthodox Torah Day School. The children learn respect of parents, respect for Rabbis, Love of Torah, Love of Fellow Jews, Honesty, Loyalty, respect for others, respect for G-d and all good values.

Though a Torah Day School costs money – This investment is the best investment on can make in their lives – because it helps you to have happy, balanced, children that will enjoy a feeling of fulfillment and purpose in life.

How to Better Appreciate Life

There are two steps to eating an apple:

Eat an apple. Throw away core.

The Torah makes it into 4 steps:

Say a blessing on the apple [to thank G-d and appreciate it]. Eat the apple. Throw Away core. Say after-blessing. [Making you a thankful, appreciative individual].

In the long-term you become a better person – just by eating an apple. Your mundane act of eating elevates you, the food and gives you purpose & meaning just by eating and saying a blessing. In Judaism – An apple a day keeps ungratefulness & lack of meaning away. [see Free Food Blessing Card]

How to More Easily Deal With Challenges

A Torah Family has the Torah as a guide – so it is not an anything goes situation. Husband and wife are expected to act in a respectful manner and maximize their opportunities to bond and grow – through Shabbat meals and learning Torah.

The Torah – like in Pirkei Avot – teaches us how it expects us to act to live a more balanced life and to overcome challenges and to prevent uncomfortable situations from occurring to begin with.