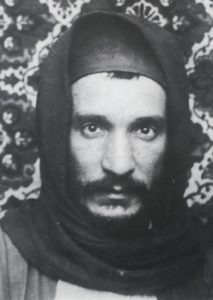 This man saved a bus load of people by his avoiding looking at immodesty. Obviously it works both ways – a woman who dresses modestly also gets tremendous reward.

Guarding Eyes Gives You Tangible Reward in this World

These are the general rewards. Guarding ones eyes also makes a person more refined and helps them to maintain a closer relationship with Hash-m.  One of the things Hash-m dislikes is immodesty and immorality. When it is present – he “leaves” so to speak. The feeling of being void of G-d’s presence is a punishment in itself.

Another outcome of guarding one’s eyes and being modest is a physical reward in this world. A person who guards his eyes will not be attracted by a woman that may be beautiful on the outside, but her character traits leave much to be desired. A person gets used to looks, but a scathing personality is difficult to get used to. A person who marries for beauty – have more of a chance of divorce – because the physical attractiveness may be there – but the basis to build a healthy, meaningful and growing relationship with another may be lacking.

A woman who is modest in dress and attitude attracts people of the same kind. A man that appreciates her for her inner qualities – rather than someone who loves the shell but not the pearl inside. In the end she also will have a greater relationship with the man she ends up marrying – because he will appreciate her for her inner and  outer qualities – making for a better long-term relationship with her spouse in marriage.

The Test of the Internet

Unfortunately internet has made it more difficult to guard ones eyes. Putting a filter on the internet will help – but also safeguarding smartphones from immodesty is also a wise investment. See our previous article on safeguarding children and adults from internet.

There was a rabbi who once covered his eyes for seven years to avoid seeing immodesty and impropriety. When he took off his covering – he was able to see things spiritually that others could not. Another man heard about this and decided also to cover his eyes for 7 years to be able to get he same benefit. He did so. Yet when he finished his shielding his eyes from the exterior, he was not able to see wondrous spiritual sights. He asked the rabbi why he did not merit to also to see these great sights. The rabbi responded “I covered my eyes to not see [immodesty]. You covered your eyes to see! [spiritual sights]”

Nowadays every small effort makes a difference. May we merit great spiritual sights and levels from our small, sincere efforts to guard the Torah. Amen.