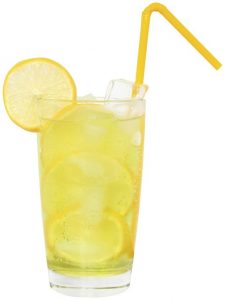 How to beat procrastination. Take one cup of cold water. Put ice inside. Add lemon and sugar.

Yes that is the solution. Kind of.

You know the dictum. When Life gives you lemons make lemonade.

I like the saying “The pessimist sees the glass half empty. The optimist drinks it.”

Be positive. Be proactive. Be Productive.

Hash-m gave us the Torah and inside is the secret to all. Even how to beat procrastination.

This is the secret to beat procrastination – for at least a while: Do something small that you like to do to prompt you to get started on project.

King David used to get up and go out with the intention to go to enjoy entertainment. When he passed the Beit HaMidrash / House of Torah Study – he would quickly jump in to study Torah.

So he would get started by doing something his evil inclination wanted – to waste time and then he jumped into something that he really wanted to do – to learn Torah.

Apparently the same applies for procrastination from work. It is a great Mitzvah to work. It is the mitzvah of building the world. This mitzvah applies to Jews and Gentiles.

One of the 30 laws of the greater category of the 7 Noahide laws is to not let the world be barren. To build the world. That’s one reason why people procrastinate. Because it is such a great Mitzvah / commandment to work – so the evil inclination prevents him or her with all sorts of excuses. That’s why a person feels badly when they waste time.

Obviously taking a break once in a while to be more productive later is also a mitzvah – but to waste a day, an hour, or a lifetime – is the evil inclination talking.