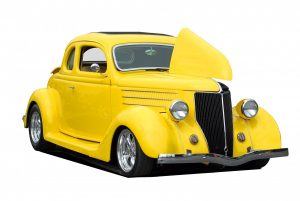 The Spies come back and give a report of the land of Israel. They say it is a land of milk and honey … But there are giants that dwell there and it is a land that devours its inhabitants.”

Calev, one of the spies says “We can overcome the people and conquer the land.” The people cry in fear. G-d tells the Jewish People because they cried in vain – they will stay wandering in the desert for 40 years – one year for each day that the Spies spied.

G-d then tells Moshe / Moses – how come these people don’t believe in me after all of the wonders I did for them in bringing them out from Egypt.

Two questions – 1) Why were they punished by One Year for each Day? 2) Why does G-d say why didn’t they believe in me after all the signs and wonders I Showed them? Out of all the people in the world who heard about all the miracles that G-d did for the Jews, only one person – Yitro / Jethro – out of all the nations of the world were impressed enough to come and convert to Judaism.

Apparently, one answer is :

A person is supposed to learn from the past. If G-d did good for him in the past – it is likely he will continue to good to him in the future. There are three reasons why people adapt a negative attitude in life :

1) They don’t recognize the constant blessings that G-d gives them on a daily basis – like, air, food, life, children, a job, a home, a family, friends, money, etc. This is either because they don’t believe in G-d or they do believe in Him but don’t attribute the good they have to Him.

2) They do recognize the constant blessings that G-d gives them, but they think they are or will be unworthy of his blessings in the future.

Both attitudes may lead to depression.

Learn from the past. If you were able to overcome a difficulty in the past, you will be able to overcome it in the future. If G-d helped you in the past, he will hep you in the future. You make your effort to solve the problem – but it is in G-d’s hands to actually solve it. The effort is in your hands – the solving is in G-d’s. If it is solved after your effort and prayer to Hash-m / G-d – Good. If it is not – perhaps you need to make a greater effort or pray more to Hash-m.

I have been having issues with my car. Check engine light is on. With that you cannot pass inspection. I brought it to 3 mechanics and 2 car dealers. The light is still on. Apart from the fact that this problem is some kind of reason to get me to improve myself for a past misdeed – which I still must figure out which (as there are many 🙂 ), it has helped me to use my bicycle more and get more into shape. Look at the silver lining in each difficulty.

Think positive. Let’s work on ourselves to think of how we overcame difficulties, with G-d’s help, in the past to have a more positive outlook in the future. G-d expects it from us. G-d believes in us. Shouldn’t we believe in ourselves.