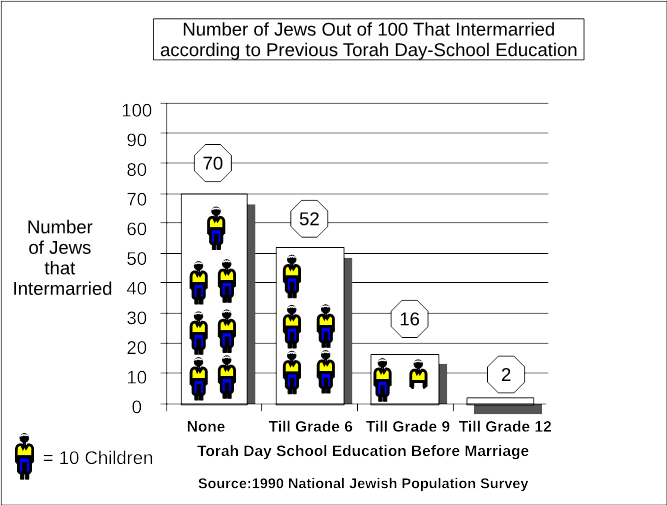 For the third meal of Shabbat / Seudah Shelishit at our Synagogue we have an open forum of discussion. Sometimes I pose a question on a Jewish Law Topic and ask the people their opinion on the situation. Then I provide the answer from the Torah.

Leaving a Child Back – Positive or Negative for the Child?

At one of the side conversations – one person mentioned his kid was to be left back – so he took his child out of the school.

I mentioned – depending on the situation – it might be good for a child to remain in the same grade the next year in order to be the head of the class – in age and possibly intelligence – than to go to the next grade and be the youngest and not at the top. He said it might be a blow to the child’s confidence to know they were being left back.

The Advantages of a Torah Day-school Education

I mentioned that the Jewish schools are highly advanced in dealing with social issues and have an education that gives them not only secular knowledge – but a Yeshiva teaches them something far greater – the ability to think. Many Yeshiva students get into the Top Universities because of their developing their ability to think by attending a Torah Day school.

A friend at the table who is an Israeli wouldn’t accept it. He bet me $100 dollars that that is not true. I sent him the statistic.

Really I regretted betting him the $100. I should have bet him if I was right – he should put his children in a Torah Day school.