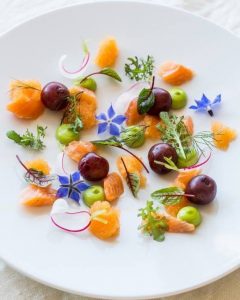 Many Jews have a question.

Each week Jews read a Parasha / section from the Torah – the 5 books of Moses – in a Synagogue. Each Year they complete reading the whole Humash (5 books of Moses).  Each Parasha has a name. Some are named according to their subject matter. Some are named after an Individual. The person who has their name as one of the Parashas must have a particular merit.

One Parasha’s Name is Yitro – named after a Midianite Priest. He served all forms of idol worship until he found Judaism. Then he rejected all of his former religions and converted to Torah Judaism.

Why name a section of torah for a former idol worshiper?

The question – why did Yitro – a former priest of Idol worship – merit one of the Parasha’s names to be called after him?

One answer is is that there are two types of attitudes.

The attitude of convenience is to defend my particular lifestyle – because I enjoy it. It could be a neutral or even a horrible thing – but I defend it because it was brought up that way or it is convenient for me or to fit into the crowd.

The attitude of truth is to put all your effort into finding truth and following it regardless of how it affects your lifestyle.

Jews who repented sincerely or gentiles who converted to follow Torah Judaism know the attitude. They lived in a world of shallowness and of chasing after fleeting shadows to find true depth and meaning in Judaism. They experienced a moment of truth and grabbed it by the reins.

Many people will reject Judaism because they are steeped into a lifestyle that they would have to change if they admitted the truth of Judaism. So it is easier to reject Judaism than to change my lifestyles. Scientists, missionaries, anti-semites, followers of other religions all fall prey to this attitude. In the end – when they arrive at the world of truth – heaven they will be shown where they erred.

To these people I say one thing – “don’t worry there are kosher restaurants.”

Meaning – if you are afraid to accept Judaism – because you will have to give up your nightly restaurant hopping – “don’t worry you will be able to eat in kosher restaurants instead.” Which are many times better than their non-kosher counterpart. (Only Jews are obligated to eat Kosher according to Halakha / Torah Law. A gentile may eat non-kosher food as long as – if it was an animal – the animal was completely dead before it was chopped up. This is one of the Torah’s 7 Noahide laws called ever min haHay / the prohibition of eating a limb taken from a living animal.).

The Anti-Semites who waste life

Hitler hated the Jews because he wanted to act like a barbarian – without having a guilty conscience. Jews reminded him of G-d’s laws. He didn’t want to be reminded. Instead of correcting himself – he decided to commit genocide. He says this straight out it in Mein Kampf. He fell into the same trap – the attitude of convenience. Other anti-semites fall into this same attitude.

But they will have to answer to G-d one day of why did they spend their time hating Jews rather than helping the world.

Those who prevent life

Those who support same-gender marriage will have to answer why did they support this law that prevented millions of potential children from entering the world. The world could have been some much more beautiful if these people got married to the opposite gender and had children.

I found out a long time ago that you can’t outsmart G-d. He knows more. He thought everything out. He made a perfect world. Digressing from the laws that he gave us just hurts ourselves. But we think we are smarter.

I am happy that I found out I am not smarter than G-d many years ago.

Who says Judaism is the True Religion

What many will ask is why follow Torah Judaism (Judaism based upon adhering to Shulchan Arukh – the Code of Jewish Law by R. Yosef Karo).

Good question. There are about 80,000 religions out there – who says Torah Judaism is the True law of G-d?

It’s rather easy. There are four questions that if answered logically – you will come to the conclusion that Judaism is the true religion of G-d.

Let’s play devil’s advocate and answer all questions against Torah Judaism. Then we’ll do the same answering according to logic.

The Answers that many a non-believer will give are :

all the above answers are illogical.

The laws are still the same as when G-d gave them. “Orthodox” Jews follow them in their entirety. Nohaides or Benei Noach’s follow the 7 Noahide laws for non-Jews that are from the Torah.

Thus through logical deduction we find that G-d’s law by which he Judges the world is the Torah.

No Interfaith Discussions for Me – thanks

So why should I waste my time pretending that other religions are truth when logically they don’t fit the bill. (as shown above)

Thus true ethics are the ethics of G-d. The Ethics of G-d are the ethics of the Torah. The Torah has answers to questions – what to do with crime, terrorism, stealing, building bridges, helping others, helping countries. But people think they know better than Torah. So people take the circuitous route and play G-d, or rely on trial and error or turn to so called “ethical experts” – like those who judged the Charlie Gard case and end up with disastrous results.

Your Options in Doing What’s Right

When people realize this and actually do this, it will be one of the first steps to bringing Mashiach / Messiah. This is the way G-d wanted – ethics are to be decided by the Torah. Spirituality, truth and Ethics was given to Jacob – now represented by the Torah scholars of the Jews.

A government needs to know what is ethical, a doctor has an ethical medical issue he or she must decide – contact a reputable Talmid Hakham / Torah scholar and you can be reassured that what you do will be the right thing in the eyes of G-d. Obviously – you must provide all the details for him to give you the right ethical decision of what the Torah holds on the matter / Daat Torah.