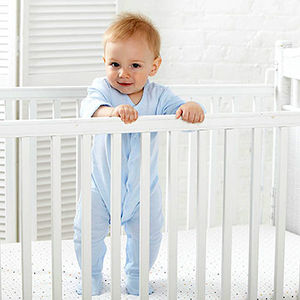 Money can be replaced. Life cannot.

That is the Torah attitude. Not because it places a monetary value on life. But if you compare the two – it comes out to that.

We are to do all to save a life.

One must do as much as one can to preserve life of the innocent.

Unfortunately – this theme came into the limelight in which a hospital in England decided it would be too costly to preserve the life of an innocent infant – Charlie Gard. The value of those who are supposed to save lives – was at least in this instance – money comes before life. We would expect the opposite.

Apparently some staff in the hospital were against this – but the top brass was concerned about the dollars to be spent. The parents were willing to raise the money. But the top administration said it would require too much of an effort and gave them a notice that they would stop the life-support machines.

The parents – refusing to give up on their child – as is normal – went to the High Court of “Human Rights”. Wow. A “Human Rights” court that says money is more important than life. So much for their “ethics”.

Thank G-d I don’t subscribe to what these people’s “ethics”. My ethics come from G-d – from Torah – the only law in the world which millions of people witnessed its giving by G-d. If people subscribed to Torah law – perhaps Charlie Gard would be alive Today. Torah Judges in a Torah Court / Dayanim in a Beit Din – would rule – You have no right to quicken the death or remove life sustaining equipment from the baby boy. Case closed.

Cruelty is forbidden on a personal level, at home and on a national level.

Kindness is the basic foundation of the Torah. You shall love your fellow like Yourself.

Recently, In israel in Bene Brak – a hospital run with Torah observant Jews and according to Torah law was treating a patient’s baby who had Down’s Syndrome. The mother was overwhelmed by the expenses and the emotional, physical and psychological toll it was taking on her. She decided to abandon the baby in the hospital.

One of the nurses saw the baby abandoned in the corner of the room. She felt badly for the baby. She took it to the baby care center and decided she would care for it. She got the top administration approval.

Once a nurse found the baby’s foot stuck in the crib wall. The baby did not cry. It was neglected to the point that it did stopped crying even in pain. The staff decided to care for the baby. One brought colorful linen. Another toys. They put the baby in a special room. The baby started acting more like a normal baby.

At one point the expenses of the baby were not being covered by the insurance. The staff of the hospital took a pay cut from their salaries to fund the baby’s expenses. They raised the child until it was 4 years old. They held a birthday party, inviting even the mother.

Learn about your hospital before you decide to bring a family member there. What are their values. Many hospitals have a high level of cesarian sections. It involves less hassle and they receive more money from the insurance. It is one indicator of what value they place on money. Some will put pressure people to disconnect life support or coerce them to sign a non-recessitation approval. Consult a competent Orthodox Rabbi when these decisions need to be made.