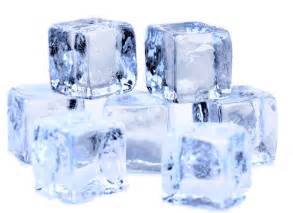 People say they are cool. Is it so? I don’t know.

What is cool anyway?

People want to be cool – but they don’t know what it means.

Obviously – G-d is in control of all situations. But He gave you the power to control yourself.

Control yourself and do the will of G-d in any situation and you are really cool – in control.

The Source of Anger

What is one source of anger? Apparently – it is the thought that you are someone special and the world owes you respect. If you don’t get it – you get angry. Simple enough.

Yes you are someone special, but the world doesn’t owe you anything. The more you think of yourself as “Null and Void” – but important none-the-less – you can relax.

People tie their self esteem to what other people think of you. My esteem is not based upon what others think of me. It is of what I think of myself. They are not necessarily related.

People can begrudge me – that is not my problem it is theirs. If I am doing the will of Hash-m / I need no accolades from others. I can be happy with myself.

It says in Pirkei Avot – how do you know if you are loved and appreciated by G-d? Here are quotes:

Buying a new suit – will not make me more beloved by others. But if I control my anger – say nice words – be kind and considerate I will. So I don’t have to gauge myself mainly by what others think. I do good and eventually they will think good of me. My main concern is pleasing G-d. Others will love me in as a result.

The point – First seek to please G-d. Then other’s will really respect you. Not because what you possess or show outside but because of your beautiful inside.

The Torah is about Self Control. If you are in control – doing the will of G-d you don’t need to benchmark yourself from others.

So if people respect me or not – if I’m doing the will of Hash-m as the Torah states – I don’t have to get angry. I know all G-d does for me is good. I know G-d loves me. The fact that others respect me or not doesn’t make me a better individual. It could tell me about myself – but it doesn’t affect who I am.

I have to be good. If people respect me good. If they don’t that’s also good. I don’t have to become all huffed up because someone said a mean word, acted disrespectfully, yelled at me in public – I know I am good I don’t need others approval of me.

How do I improve? Read and review Pirkei Avot and other ethical works – like Iggeret HaRamban. Try to slowly absorb the lessons into your being.

Know its for the Best

One of the basic reasons for anger is thinking “this situation I am in is not good, I will correct it with anger.” Firstly, know all that Has-m does is for the good. If someone insulted you, perhaps G-d is sparing you from a worse fate.

Once a person was to go on a business trip on a ship. A week before he stepped on a rusty nail. The Doctor told him he couldn’t take the trip. He was upset. The ship sailed away. Soon after he hear heard that the ship sunk. He was saved from a worse fate.

When anger wells up – think “This is also for the best.” or think of the best way of handling the situation in an agreeable and calm manner.

Sometimes it’s a test to see if you will handle the situation properly.

Secondly, many a time handling a situation with anger worsens the situation. Handle it calmly and you get better results.

Some will ask you not to get them angry. Others Do Not get you angry. They cause a situation to occur – in which you CHOOSE to become angry. Anger is in your control – people don’t force you to be angry. You choose. It is your choice.

You had difficulties in your life? Use the negative for the positive. Someone did bad to you? Do the opposite to others. Someone spoke disrespectfully to you – speak with respect to others. Someone got upset at you – correct what they complained about and go on. Don’t dwell on the anger – dwell on the positive self improvement that you can gain from it. Anger motivates. Use the anger to motivate yourself to get better and leave the others in “the dust”. Let them be that grudging person – you don’t need them to be happy. You can be happy that you don’t have that same negative attitude. You are positive.

Prepare for situations that anger you mentally and see imagine the best way to react.

People can have a bad day – and they take it out on me. Does that make me any worse of an individual? No. It means they had a bad day.

Don’t base your self-esteem on the approval of others. Be independently happy.

Be good and you’ll feel good.

1) To learn regularly books of Mussar (Ethics) regarding the [great] elevation & reward of one who works on oneself & the degradation & punishment of one that transgresses.

2) To reflect & to delve deeply in his thoughts continuously of the Oneness of Hash·m, Blessed Be He, & that all that exists & all their forces & in all their movements at every place & at every moment & even that they are a person of free will & even though the evil inclination & the evil force incites him all – as if it would be – is from Hash·m.

4) One should regularly constantly pray in one’s prayers before Hash-m, Blessed Be He with crying & tears about this that He should save him from the evil inclination & He should approach him to His service, Blessed Be He.

And refer to book for explanation & sources (Azor HaTzevi)

There is a certain Verse to Say if one is angry to calm them down – Brought by the Baal Shem Tov. The Verse is Tehillim / Psalm 119:9. We also have it on the Keep Calm Card.