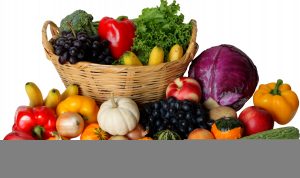 Ask your local Vegetarian or Vegan – why don’t you eat meat?

Many will answer, “I am against cruelty done to animals.”

The Torah is the first code with laws against cruelty to animals. “Tzaar Baalei Haim” – forbids causing animals to suffer. Ritual slaughter – Shechita – assures the animal feels little or no pain during the slaughtering process.  “Ever Min HaH’ai” – One of the Seven Noahide Laws for all humanity – prohibits eating a limb taken from a living animal. An animal must be dead – before chopping it up. For non-Jews death means the animal must have stopped moving. For Jews – that means that Shechita had to have been done.

Judaism allows the eating of Kosher animals for Jews if it was properly slaughtered according to Jewish law. Torah allows gentiles to eat animals as long as the animal was dead before is was chopped up.

Vegetarian – the Ideal State of Man?

There is a statement in Talmud – meat should only be eaten by Torah Scholars – not an ignoramus. (Peachim 49b)

Why? One reason given is that they know how to do the ritual slaughter properly. Another is apparently – in an animal there is a soul. Every Animal has a low level soul. There are five levels of the soul – Nefesh, Ruach, Neshama, H’aya & Yeh’ida. Animals have the lowest level – the Nefesh. Humans have the Ruach – apparently that allows people to talk. There is the Neshama – that are for people spiritually connected. Jews receive and extra Neshama on Shabbat. Rashi says – that’s one reason why people eat more on Shabbat.

Animals and plants are more spiritually connected than we would assume. Animals have a soul. Talk nicely to a plant and it will grow better. A Japanese scientist tried an experiment on water. He would talk nicely to water and freeze it. Other water he would speak not- nicely. The water that was spoken nicely to, had beautiful crystals formed. The water that was yelled at had irregular and non-symmetrical crystals formed.

This might be one reason, why we Jews say a blessing before eating anything. (We have a Blessing card for food available free at the Freebies / Store Section) (Gentiles can also say the blessing for food – provided they say “G-d of Israel” instead of “Our G-d” in the blessing.) When we say the blessing – we beautify the food physically – as shown in the experiment.

But more than that – we transform the physical into spiritual energy. Also we unlock the soul that was in the food.

When a person sins – some are punished by their soul coming back to life in an object. It could be in a rock, a plant, a tree, a fruit or an animal or a person. (For instance – Kabbalah says – one who acts with immorality with a gentile or a Jew – their soul might come back incarnated as a dog.)

When a person says a blessing on the food – that soul is released from the object and is able to make a reparation and the soul is uplifted to another degree. ie, a soul that was in a fruit – is elevated and may be able to go into an animal body.

Apparently – that is one reason why only Torah Scholars should eat meat – by them saying the blessing on the meat or using the energy for a holy purpose – like learning Torah – they are able to make the proper reparation – Tikkun to the food – allowing the soul in the food to be elevated.

Helping the Soul in the Animal

If a vegetarian says the blessings on food – he might want to reconsider eating meat. Many a time he doesn’t want the animals to be hurt because his eating of the food – may cause hurt to the body of the animal. But if he or she really wanted to be considerate of animals – they would try to eat animals and say the blessing – thus helping the soul of the animal to receive a reparation. I guess they’ll just have to help the souls in the fruits and veggies.

Helping the Soul of the Children.

The child who is helped to follow Torah and Mitzvot – will have a healthy soul. For this a Jewish child must have a healthy diet – of Kosher food, Prayer, Torah learning, acting kind with others, following Jewish law / Shulchan Aruch – Love of Hash-m, Emunah, Shabbat meals, doing Mitzvot, Torah Day school. Just like a Jewish parent or child is well versed in the mathematics tables for being a good student – being well versed in the Kitzur Shulchan Aruch / Abridged Code of Jewish Law is a way for a child to grow into and parent to raise spiritually well-balanced children. A non-Jewish child – should be taught the 7 Noahide laws from Torah by a reputable Orthodox rabbi.

Many parents disregard – intentionally or unintentionally – the child’s Spiritual health & well-being. They give in to the social mores of society yet disregard the spiritual consequences of their actions. They give a child an unfiltered cell phone or internet that causes them to fall prey to improper websites and activities. They send them to colleges – without protection from cults, drugs, drinking, fraternity initiations – that may cause their spiritual downfall.

A caring parent – cares also for the spiritual welfare of the child according to Torah. G-d gives parents the tremendous gift of a child. He expects us to return the child as pure as he or she was – as when they were born. Thus prudence asks us to be concerned that our children will live a safe life – but also a life that their children will be worthy of receiving a place in heaven.

The path of the middle is correct. Spiritual, mental and physical health are all important factors of which to be prudent. A parent that has the primary goal that their child should receive a place in the world to come – through Torah & Mitzvoth – usually attains the best of both worlds – the physical and spiritual worlds.