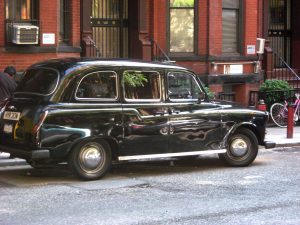 A person has much to be thankful for. Regardless of what situation a person is in – and I am not judging those in pain – one can find at least one thing for which to be thankful – that they are alive. We create the reality that we are living by our attitude.

But some things annoy us in life. We all pass difficulties. I recently received a ticket. Yes, upsetting. But deep down I knew G-d had a reason. A reason for my best interest. So I felt a bit consoled.

Once a person took upon himself a stringency to be careful not to sit next to a person of the opposite gender in a plane – to avoid temptation and bad thoughts. He got on to the airport early – to assure that the ticketing agent would book him next to a man. On the plane he realized that his seat was next to a woman.

He asked the stewardess if he could change his seat. She didn’t want to bother – so she told him “I am sorry that is impossible. If you do not stay in your seat, you will have to leave the plane and your baggages will not be removed from this plane and you will have to purchase another ticket.”

He responded calmly – “Ok. I guess I’ll get off the plane.” A bystander got up and said – “This person will not leave the plane! If he gets off I will get off! And I will take my baggages with me. I will make you go through all the baggages to get my baggages off the plane! You will be delayed until you find them!” The stewardess backed down from her “Don’t bother me” attitude. It took her a couple minutes to arrange seating that would accommodate the man.

After the flight the Jewish man went over to the other man. “I want to thank you for standing up for me. I Appreciate your effort.” The man responded “No problem. Really, I didn’t do it for you. I did it for me.”

He told him the following story –

“I have a friend. He was driving a Jewish passenger in his relatively new Taxi cab – he was an observant Jew. The car stalled and he wasn’t able to restart it. He assured the passenger that he’d be able to get him to the airport on time. He started tinkering with engine – He thought it was a minor problem. Finally when he realized time was short, he flagged down another cab for the passenger and they both got into the cab to London Heathrow Airport. They rushed to the gate. My friend pleaded with the gate attendants to let him on. They declined “Sorry – too late.”

He booked another flight and the cabbie went back to his cab. Surprisingly the taxi started immediately upon ignition. A few hours later they heard the news that the flight he was to take – exploded and all the passengers were killed. This was Pan Am flight 103, which was blown up over Lockerbie, England by a terrorist attack.

“From that story I realized that your G-d protects His people.” The man said. “So when I saw you boarding this flight I felt good, knowing everything would be Okay. But when I saw you were getting off, I got very scared and decided if you are leaving, I’m leaving too.”