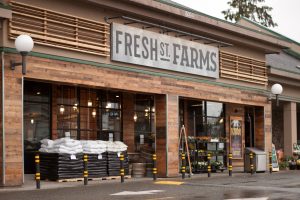 *And Sarah Lived 100 years and 20 years and Seven Years. These are the years of the life of Sarah.”*

*Q: Why does Torah say “These are the years of the life of Sarah”, it seems redundant?*

*A: Some people follow fad, fashion, popularity, keeping up with Jones, what will the neighbor think. Sarah Lived her own life. She was true to herself. Thus she really lived. When one follows their essence – their soul – they truly live.*
Based on Arizal

That’s the question for all of us.

Am I living or am I existing.

G-d says : I give you life, Choose life.

Torah is not a religion. It is life itself.

The media turns people into puppets.

Making you believe what they want you to believe, what’s their agenda . they condition a person to be small.

Ask yourself about each action – Is it bettering myself or world? Am I helping others?

שני חיי שרה
These are the years of Sarah
Why? Zohar says these were her real years. These were her own years. She lived a real life.

Because she did not attach herself to the Yetzer Harah / the evil inclination, she attached herself to life. Thus it says ועל דא דילה הוו חיין , היא נדבקה בחיים ולכן שלה היו החיים

One person wanted to marry a girl, but didn’t because of his parents. One man wanted to be a successful business man but laziness stopped him.

One person wanted to become a great Torah scholar but didn’t because he gave in to his lack of self confidence.

One person wanted to make his family all go to A Torah school, but he didn’t because his wife discouraged him. One women wanted to be completely Tzanuah / Modest in Dress & Comportment, but she couldn’t bring herself to go against the peer pressure.

The Torah gives us a way to break out of this costume of a life we are living and start living our dreams. Making ourselves into who we can be.

Rabbi Eliezer son of Hurkanus, was son of rich man. He wanted to study Torah. His father wanted him to tend to the field. One day he found his son crying. What’s the matter said his father. “I want to study Torah.” “You are passed the age of becoming a student.” Rabbi Eliezer ran away. He became a great Torah scholar. His father came to Jerusalem to disown him from his inheritance. His father didn’t recognize his son when he was saying beautiful Divrei / Words of Torah. His father was so impressed. He inquired about the young man. They told him it was his own son. He said I came here to disinherit my son. Now I want to give him my entire fortune. R. Eliezer disagreed. He was satisfied just learning Torah.

They both left against the will of others to become great scholars.

The first line of Mesilat Yesharim / Path of the Just explains achieving one’s goal in life. He says we have to get clear our purpose in life. The question we must ask is : Am i living the life i want to live to achieve my purpose or am I living the life imposed upon me?

The Torah is here to free us. Like it says in Pirkei Avot / the Ethics of the Fathers.

There is a Story of rabbi A. Henoch Leibowitz, former Rosh HaYeshiva of the Chofetz Haim Yeshiva, who wanted to become a doctor. His father asked why. He said I want to help people to be healed. His father said , learning Torah will prevent them from being sick.

The secret is to choose to follow truth , Truth of torah, and be prepared to lose. Lose your friends. Lose your appeal. Lose your popularity. Lose your projected income.

A rabbi said who is the greatest of the forest the Nesher. The king of all birds. It can fly the highest.

A Person who sends a child to a Torah school teaches them to live.