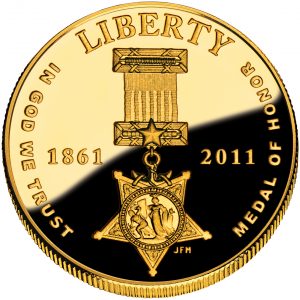 ok. good. i have a million dollars.

now what? i am not going to parade with my bank statement on my lapel.

i’d rather be the son of a king – without worry about my account. no need to check how much i have, because my account is unlimited.

once a rabbi was discussing with another rabbi – whether one must need a particular thing and believe that G-d will give it to him (if he has faith in G-d) – or is the need irrelevant – and G-d will give a person what he wants regardless if the person needs the object. the rabbi defending the no need position said “Look. I don’t need a gold watch. but i believe G-d is going to give it to me.” A short time later, someone knocked on the door. The man said “Rabbi. We were discussing an inheritance of our family. We couldn’t decide who would receive the Gold watch. So we decided we would give it to you, the Rabbi!”

so really – you don’t need a bank account – if you have enough faith in Hash-m. But you must be on the level. That’s why I carry a debit card.

my rebbe used to say – once a rabbi would make money – by finding lost money in the street. he believed – he found.

i am not on that level – but having simple faith can open doors that seem to be locked.

money is not evil

money is like fire. it can be used to build or to destroy. one can give money for charity, to a poor person, a worthy Torah institution or Yeshiva. Or it can be used for gambling, alcohol, or other vices.

some people spend money for luxuries but skimp on necessities

i believe – that a necessity today for the spiritual upbringing of the children is – a solid Torah Day School. Some will spend thousands on a vacation, a wedding, a car – but when it comes to Torah education – they send children to the most convenient, free school. When one spends – priorities should come first.

People can use their money for good. Or they can hoard it.

Once a ruler – spent the treasuries his family amassed to give to poor people. When they complained, He said to them – you didn’t benefit from your money, i did benefit from the money (i spent it for a mitzvah – of which the reward is eternal). You lost your money, I saved the money (in an account in heaven). You put it in place that it had to be guarded, i put it in a place where it needs not be guarded.

There are people that are penny-wise but dollar foolish. They refuse to get married because they don’t want to spend on their spouse. They destroy their marriage, because they are demanding to the penny about spending. There is a category of people that their money is like their blood. Interesting – in Hebrew blood & money – have a common word – Damim. Damim in Hebrew means blood & money.

In Pirkei Avot it says “Who is Rich? The one who is content with their lot.” (Chapter 2:1)

One should know where his or her money is going to help others.

Be big. Give to the Poor. Give to the Torah institutions. You chase them. Don’t let them chase you. Do good with your money.