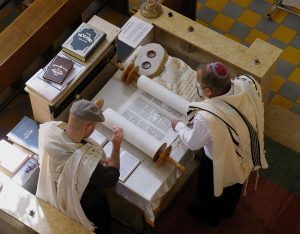 It’s a great thing to want to learn Torah. I am sure you can become proficient if you dedicate time and are diligent. I would suggest you get in contact with an Orthodox Rabbi ( Orthodox Union) and ask about Torah courses in your area or if he himself offers courses or if he can set you up to learn with someone.

There are a plethora of Torah Topics. H’umash / 5 Books of Moses, Talmud, Jewish Law, Jewish Philosophy, Mussar / Ethics, Psychology, and much more. I would suggest as a beginner to learn H’umash / the weekly Parasha / Torah reading with an Orthodox Rabbi inside the Text with Rashi (the Commentator). You can also learn with someone over the phone with a program called Partners in Torah .

For a Gentile / Non-Jew that wants to Learn Torah – I would suggest them to also contact an Orthodox Rabbi. Yet I would suggest them to learn the 7 Noahide Laws from the Torah for all humanity. For that is what they are responsible to learn. If they have an interest in becoming Jewish then they can also learn other Torah subjects.

I suggest that a person who learns Torah have a specific goal. To become proficient in learning text on one’s own is what seems to be your goal. To do that it is important to review material learned with the other person (chevruta) consistently and understand the definition of words.

Learning Halacha helps you learn Mishna. Learning Mishna Helps you learn Gemara / Talmud. If you are interested in Talmud Study – there is a great program – called Daf HaYomi in which one learns a full page of Talmud daily. Everybody, worldwide, in the program learns the same page. So one finishes the Entire Study of the pages Talmud after about 7 years – and celebrate together at the Siyum HaShas / Completion of the Talmud. Obviously, to get the most out of it one should review what he learned with the rabbi inside the text afterwards to be able to understand inside the Text. There are many Talmud & Torah study works translated and Commented in English or French or Hebrew – like the Artscroll Talmud or Chumash.

If one does this diligently, eventually they can learn to learn Torah & Talmud. Wishing You success in Your Endeavors.