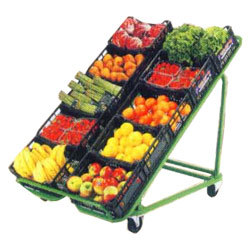 A Jew is to Love Every Jew and Respect Every Person and Creature.

We are to act with propriety, regardless of how others act against us. Our Job in the world is to teach the real word of G-d – for we received it directly from Him about 3,300 years ago. All Jews heard the Giving of the Torah by G-d. All were witnesses. All the souls of the Jews were there – so each Jew’s soul who lives today was privy to the revelation at Mount Sinai.

It is rather easy to prove rationally that a soul exists. It is easy also to prove that G-d exists. Apparently anyone can figure it out themselves – from the Oxford University Scientist to the Simple Fruit Cart Peddler – because G-d tells us we will be Judged. We will be rewarded immensely for the good we did in this world and punished for the evil, if we did not repent.

To make it easier for people to realize the ways to rationally determine whether G-d exists, we provide the aids towards that goal.

When a person claims he or she is an atheist, I feel no anger nor animosity towards them. On the contrary I feel compassion for them that they live a life devoid of a relationship with the Kind Creator of the World. (A small joke: A person asked a former Atheist: Why did you become Jewish? He answered: Atheism doesn’t have any Holidays!)

Most people who say they do not believe, really do believe. Or perhaps, it is not that they thought out logically the proposition of the existence of G-d. Rather, their mind pushes them to accept the title of “Atheist” because if they were to accept that G-d exists, that would entail responsibility to follow in His ways. And they would rather accept the illogical than to accept the responsibility that believing in G-d entails.

Apparently a person wants to be totally free to do what they want. It might derive from the fact that we wish to be like G-d and G-d is limitless. This might be the same reason why a person wants perfection – we choose the perfect box of cereal rather than the one with the crushed corner. The desire to emulate G-d might also be the reason why we want to better ourselves – Self-improvement books are one of the best selling books in the world.

So the observant Jew is not ruffled when one says they do not believe in G-d. Apparently they never thought out their reasons for their disbelief. Or perhaps they had a negative experience and cannot fathom how the difficulties they endured come from an all-loving G-d. An observant Jew or His or Her rabbi can explain it, if one is open-minded enough to accept rational thought.

Here is one quick point to help the undecided reflect about the possibility of G-d’s existence.

Atheists will say – say the earth came into being by random atoms flying around – that formed the first cell. That cell formed other cells until they formed amoebas and then protozoa and so on.

Putting aside the question, who formed these atoms – that are rather uniform – let’s look at the question where did the second cell come from.

The possibility of one cell being formed by random atoms is by the estimation of scientists – impossible. Like 1 chance out of 10^300,000. That is a 1 with 300,000 zeros. But let’s say it did occur, that a cell formed by these random atoms. Where did the second cell come from? It can’t just grow. If you put a Lego building together, will the building start to grow? No. It is an inanimate object. It has no life. Life can’t just be infused into something. If I shocked the Lego with electricity, will it grow? No. Can a chair grow? No.

There must be some power that infuses the life into every living being. The One who does infuse life, is what we Jewish people call G-d.

The Next question of the Once “Atheist”, who started believing in G-d – what Now?

G-d is a forgiving G-d and He welcomes those who turn to Him Sincerely. For one who is a gentile – the next step is to learn the 7 Noahide laws for all people. For a Jewish person – to learn the Shulchan Aruch. A Jewish Person might want to take upon himself a Small Mitzvah to start like saying the morning blessings – from a Jewish Orthodox Siddur / Prayer Book (Email-us and we can send you a Mini-Siddur) or saying the Shema Yisrael – in the morning upon awaking and at night before sleeping.