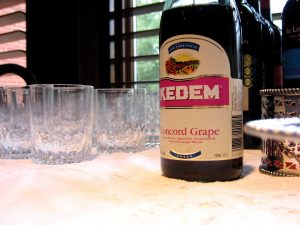 Avraham Avinu / Abraham Our Forefather defeated the 4 kings who defeated 5 kings in a war.

Malki Tzedek – who was Shem – the son of Noach – came to greet him from his battle return with bread & wine.

Since he acknowledged and gave thanks to Avraham before acknowledging Hash-m, the priesthood was removed from MalkiTzedek and given to Avraham.

Someone did good to you?