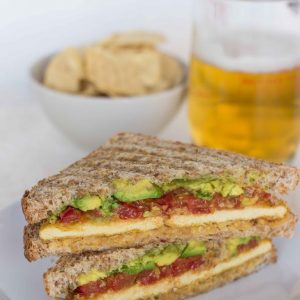 The editor edits it – “The person ate the sandwich”

Who ate the Sandwich?

The Proper Translation of the Five Books of Moses

I don’t know if “editors” or “translators” changed the proper noun of “Hash-m” to the common noun of “the L-rd” on purpose – to mislead people or to refrain from mentioning the true name of G-d because it is forbidden – but that’s what they did to The Torah / the Five Books of Moses. In many translations or editions of the Five Books of Moses / Humash it says “And the L-rd spoke to Moses Saying.”

That is not an accurate translation – in the Hebrew it says “Vayomer ‘Hash-m’ el Moshe Lemor.” Hash-m Does not mean the L-rd. The Word Hash-m replaces the actual name of G-d. Since we are not allowed to use the name of G-d we use Hash-m.

Hash-m refers to a the Name of the Jewish G-d.

It should say “And Hash-m spoke to Moses Saying.”

What is the difference?

When it says “the L-rd” people think it is a generic name of G-d – so anyone can be misled to believe that it is the god of their choice.

But really it says “Hash-m” – the Name of the Jewish G-d.

Some more recent translations of the Humash / 5 Books of Moses accurately translate Hash-m’s name properly. One such edition is The Artscroll Stone Chumash.

Removing the Wool from the Eyes

In the entire Tanach / Torah – 5 Books of Moses, Neviim – Prophets, Ketuvim – Witings – Only Hash-m – the Jewish G-d – is mentioned as G-d of the Universe.