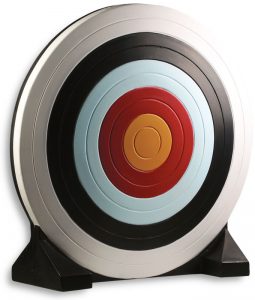 The Steipler Gaon – Rabbi Yisrael Kanievsky – as a young man was in the Russian Army. He tried to follow Halacha – Jewish Law – as best as he could. He wanted to keep Shabbat. His Sergeant told him to shoot a rifle for practice on Shabbat. He turned the rifle upside down and he shot – for if he did it in an unusual manner – it is not as great of a sin. (Shooting ignites a spark – which is forbidden on Shabbat).

The sergeant approached his commander and complained that he held the gun upside-down when he shot. The general replied “As long as he hits the target let him shoot any way he wants!”

One night he was on guard on Shabbat. The previous guard – left the coat the guards would use hanging on a tree. It was problematic – but not prohibited to remove the coat from the tree – because saving’s a life pushes off the restrictions of Shabbat. He preferred to relinquish the coat. He went the whole night without the coat. When one asked – how he was able to withstand the cold for such a long time – he replied “I said to myself – I’ll remain without a coat for just 5 more minutes.” When 5 minutes would pass – he tried another 5 minutes – until he got through the whole night without a coat.

We are tempted by things we know we should avoid – but may be dissuaded by the daunting task. Or try to do something that we should be doing – and give up because the task seems overwhelming. If we say to ourselves “I’ll just try it for 5 minutes” – and keep at it in 5 minute intervals the task becomes more doable.