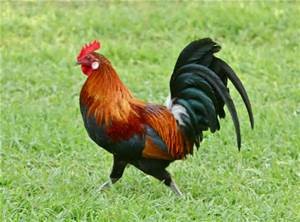 I Heard a story that describe a possible scenario of what will happen at the time of Messiah.

It was said in the name of Rabbi Yonatan Eibeshitz by Yerachmiel Tilles co-founder of Ascent-of-Safed on the Torah Reading / Parshat Balak. He has many excellent Jewish stories on his website.

A royal minister once debated with Rabbi Yonatan Eibeshitz in front of the king.

“Your holy books say that the Mashiach will come as a poor man riding on a donkey,” the minister said. “How is this possible? After all, he will have to conquer all the world’s mighty kings and have them all yield to him.”

“I will give you the answer in two months,” Rabbi Yonatan replied.

Rabbi Yonatan then asked the king for permission to order in the king’s name each of the royal ministers to buy a chicken, care for it very well, and bring it to the palace in two month’s time. The king agreed, and Rabbi Yonatan issued the order.

Each minister brought a large chicken, personally cared for it, and fattened it for two months. On the appointed day they brought their chickens to the royal palace.

As they entered, they saw Rabbi Yonatan standing there holding a small, scrawny chicken, all skin and bones.

“Put all the chickens in one room,” Rabbi Yonatan instructed.

The ministers did as they were told. Rabbi Yonatan included his own scrawny chicken along with the others. Then he, the ministers, and the king lined up outside, looking in the windows to see what would happen.

The strong, healthy chickens began to fight among themselves, clawing at one another, drawing blood. At the end of the lively battle, all of them were lying dead. Only then did Rabbi Yonatan’s chicken, which had been hiding in a corner during the fighting, emerge from its hiding place. It went over to the dead birds and began pecking at them.

The minister laughed at the spectacle. Then Rabbi Yonatan explained.

“This is the way it will be in the times of Mashiach. Kingdoms will war with one another until all the mighty kings will topple from their thrones. Then our king, Mashiach, will come and conquer them all. May it happen speedily in our days. Amen!”

Adapted from “Stories my Grandfather told me” (Mesorah) by Zev Greenwald]

Time before the Jewish Redemption

I recently found the source of this story. It is in a Sefer / Torah Book – the Yalkut Shimoni (Yeshaya / Isaiah 499). The Yalkut Shimoni [which culls from sources of 2000 years ago] touches on many future scenarios both for the nation of Israel and for the world. In its section on the biblical Book of Isaiah and the prophecies contained therein, the Yalkut Shimoni states:

“Rabbi Yitzhak Says: In the year the Messiah will arrive – all the nations of the world will antagonize each other and threaten with war. The king of Persia (Iran) antagonizes the King of Arabia (Saudi Arabia) with war. The King of Arabia goes to Edom (The Western Countries, headed by USA) for advice. Then the King of Persia destroys the world (and since that cannot be done with conventional weapons it must mean nuclear which can destroy most of the world). And all the nations of the world begin to panic and are afraid, and Israel too is afraid as to how to defend from this. G-d then says to them “Do not fear for everything that I have done is for your benefit, to destroy the evil kingdom of Edom and eradicate evil from this world so that the Messiah can come, your time of redemption is now.”

I saw a further explanation of this and a further prophesy in the Talmud – About Iran Attacking America Here.

Pretty Scary. Even Scarier when recently the King of Saudi Arabia came to the US to consult with the President of the US and the Iran Deal Pending.

Saving Oneself in World War III

Apparently G-d’s real desire is that the return to the ways of Torah and the Non-Jews follow the 7 Noahide laws found in the Torah. If one sincerely follows them and prays to Hash-m / G-d to be saved during these times- he will be.