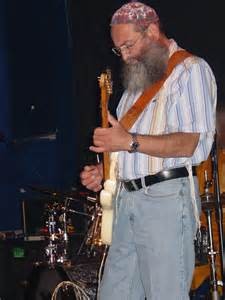 Yosi Piamenta was an expert musician. He was rated as one of the greatest 8 guitar players in the world. His recent passing saddened those who knew him.

Yosi’s goal was to make others happy – with his music and other means he had available.

Although at certain periods – he did live in New York – his home was Israel.

“My home was always in Israel,” said Piamenta. “I just rented an apartment in New York, but I was really just living out of my suitcase.”

In an article in VIN about him it says

“I’ve had the opportunity to use him many times as a featured guitarist at concerts or at chasanas, (weddings)” singer Srully Williger told VIN News. “You would think someone with such talent would be difficult to get to or a baal gayva (Haughty). But Yossi was never like that. You were always able to get to him in a second. He was always so nice and always did whatever you wanted, when it came to the music, the price or everything else. It was all about helping people and being able to bring simcha (happiness) into their lives. He was wonderfully sweet, the sweetest guy you could ever meet.”

“I worked with him for many years and at dozens of wedding,” added Shlomie Friedman of the Shlomie Friedman Orchestra. “Besides the chesed that everyone knows of running to play for sick people that would appreciate it, the thing I remember about Yosi zichrono l’vracha (of blessed memory) was that he wanted to make the chosson (groom), kallah (bride) and the guests happy. Obviously it was parnassah (livlihood) and he was paid, but if for some reason he felt that on a particular night he wasn’t able to bring joy to the people he was disappointed. That was Yosi: a true person of simcha (joy) who exuded simcha and just wanted everyone to be happy. Yehay zichro boruch. (May his memory be blessed)”

“He was a person that went through the whole Sefer Tehillim / Psalms twice a day,” said Mendlowitz. “A true baal teshuva ( Returnee to Judaism) who would forfeit nothing, I mean nothing, when it came to keeping Shabbos (the Sabbath).”
“Klal Yisroel (the people of Israel) lost a diamond, a precious diamond,” added Mendlowitz.

His goal was to make the other people happy. We are told a story in the Torah about two people who would go around cheering other people up. These people are – people who merit a portion in the next world – the Talmud says.

In contrast to others – his music was about making others rejoice.

My Short Brush with the Piamentas – True Joy vs. Vain Fun

Rabbi Noach Weinberg – of Aish HaTorah – gave an example – two men – one a married Torah Jew and another a single secular person. (I was in both camps.) Each one looks at the other and says “Poor Guy, He has no pleasure.” How so? Imaginary pleasure – that one which leaves a person unsatisfied. (ie, like the song “I can’t get no satisfaction”) Real Pleasure gives a person satisfaction and meaning. Let’s take the example of a person today who dates for fun without intention of marriage and a person who marries to build a Torah family – a Torah Jew.

A Swinging guy goes from one relationship to another to pass a fun time. Which never amounts to building anything – but the fact that he had a good time. He looks at the Torah Jew and thinks “Poor Guy – No Pleasure.”

A Torah Jew builds a relationship with his or her spouse. Every word, act and moment is a stone in building a beautiful realationship. (Intentionally misspelled) Each disagreement (provided used properly) or special time is a brick in building the relationship. Thus the Torah Jew thinks to himself about the Single “Swinging” Guy – “Poor Guy – No Pleasure.”

Once I was at my cousin’s wedding. The Piamentas were the band for the small wedding in a nice Kosher restaurant. They were family with the bride. The music was joyful – like other Jewish music.

The people were enjoying themselves. Men were dancing together. Women were dancing separately. All of a sudden the music stopped in the middle of the song. I wondered – what happened? I then heard – that a man and a women started to dance together. To avoid the improper mixing of genders they stopped the music in the middle. When they stopped – some were briefly annoyed but they got the message – that the Piamentas wouldn’t tolerate mixed dancing.

Why Mixed Dancing is Inappropriate

Today’s society mixed dancing in certain celebration is common and viewed as normal. In a Torah wedding it is completely inappropriate. Unfortunately – in mixed dancing – men dance with other men’s wives sometimes leading to catastrophic results – breaking families. If it doesn’t break families – it breaks the heart of the wife whose husband is dancing with a strange woman. It breaks the heart of the man whose wife is dancing with a strange man. All – in the name of a little vain fun. That is why it is inappropriate in Torah weddings. All these pains are avoided in a Torah wedding – because the men dance separately and the women dance separately – separated by a divider – Mechitza.

Yosi Piamenta’s message in stopping playing – was deeper than just an act of protest of mixed dancing – his ultimate message was that true Joy is a consequence of investing in building a relationship through Torah ideals. Vain Fun is just pleasure without purpose – to pass time.

Yosi – exuberated with true Joy – through his music – and gave Joy to people. His Legacy and Music Will Live On.