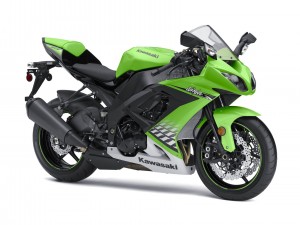 A Young man came to Rabbi Noach Weinberg of Aish HaTorah in Jerusalem.

“Yes. Can You Explain” said the rabbi.

“I was speeding on my motorcycle on a narrow road winding around a mountain. All of a sudden, In front of me is this huge truck. I swerved out of the way. Me & my motorcycle flew over the side. A large branch, jutting out of the mountain was in just the right place. I grabbed it and hung on until help came to rescue me. Boy does G-d love me!”

The rabbi replied “Yes you are right. But who do you think sent the truck?”

The wise person, knows when to ask and when to accept.

Smart is Sometimes Not Asking Questions

When I was young I searched for respite from the troubles and concerns of youth. I jumped into Torah Judaism to find a solution. I accepted with no questions – not because I am so spiritual.I accepted because it seemed like the only solution to the pain. I reasoned – if I am suffering, it must mean that G-d wants something from me. If I do it Perhaps, I will be offered some respite from the emotional pain. Looking back, I see it was the right thing to do. Now I do ask questions to understand the how and the why. But my difficulties prompted me to accept doing the Jewish laws / Halacha without question.

Obviously – the base of rationality must be there to accept doing without question. When Jews accepted The Torah, they first said “We will Do & We Will Hear” (the reasons). They accepted because of the relationship they had built with G-d and the fact that Millions of Witnesses viewed the great plagues and the giving of the Torah at Mount Sinai. A claim that no other way-of-life makes or claims. It was the only time in history that G-d appeared to an entire nation of millions of people. Given both of these factors – it made sense to accept the Halacha / jewish Laws like keeping kosher & observing Shabbat.

Many people dismiss religion because its start is based upon a single individual’s dream. They say “why follow a dreamer – because he had a dream?” Many reject many religions because they are based upon this principal. One single individual has a dream or vision and people follow blindly. Those who dismiss say it is akin to following one person who said he sighted a UFO vs. accepting a news report covered by all major and minor news organizations. Judaism is based upon millions of people who witnessed and heard G-d giving the Torah at Mount Sinai.

Thus my accepting without question the Torah Laws was a logical decision – regardless of the fact that I didn’t do it for the logic. I followed, because I was in pain, and had the intuition that G-d was sending me these trials because He wanted something from me. The natural thing for me to do was to follow the laws that – he gave in the Torah (given by G-d before millions of witnesses).

Due to my pain – I became a hermit, a loner and I was lonely. I estranged myself from people. I must admit that turning to G-d, things didn’t automatically get better. Someone said – G-d is not a vending machine that you put in your coin and out comes a soda. Or put in a prayer and out comes a solution.

Pain is Part of the Solution

The solution to the problem is sometimes the effort that you put in to better yourself.

The pain prompted me to seek a relationship with Hash-m / G-d. Before G-d was convenient to turn to when I had a chance. Maybe to talk to once in a blue moon when I needed something.

Now my pain prompted me to turn to Him daily.

I unintentionally alienated some friends – because I needed to be alone. But I gained a new relationship with G-d. The first times in this relationship are so special. But after one has to work at it to experience the thrill. First G-d gives you a gift – then you have to work at it. It is like marriage – first one becomes enthralled by their partner, but afterwards one has to work to make the love last.

This does not mean that developing a relationship with G-d alienates you from friends. On the contrary – Judaism is very social. One prays with a congregation. One joins a community. One is expected to get married and have children. Being involved with Judaism prompts one to: Make friends. Get married and have children. Develop your relation with G-d and community. Do mitzvot. Join Mitzvah groups like Bikur Holim / a Group that visits and provides food and support for the infirm.

As a youth I learned an important Hashkafa / Jewish Outlook from Torah. There is the Principal and the Secondary.

Many of our problems are due to our putting the our efforts on the secondary and putting aside the principal.

A General Rule that I learned in Business is try to solve the root of the problem.

The real goal in Judaism is not to become a religious – it is to uplift yourself through the means of Torah to become your true self. Repentance is called return / teshuva. It could mean that one is returning to their Jewish roots – meaning that they were never estranged but just distanced from the source.

Another possible explanation of Teshuva is Returning to your real-self. Kids are usually joyful. Why? Because they are their real selves. They don’t try to impress with nice externalizations. They express what is in their innermost self. In Judaism – the Torah gives us the opportunity to return to our real self and re-experience the Joy of youth.

Not that you become a different person by following Torah – it is that you become closer to who you really are, which allows you to reach your purpose and potential in life.

This is one of the real reasons why G-d sends challenging situations our way. For us to remove our external facade and reach into our real being.

What is the real you?

I hear people blasting music in cars parallel. I ask – is it that they love the music and are enjoying or are they trying to drown their sorrows by playing music.

We see the Ads – a single man happy with his new fast car. Exhilarating. Fast. Cool.

Wow. What speed and excitement.

I drive at times and catch a glimpse of one of these super cars. They speed past me – so fast that I don’t even notice the brand. Do I really want one? It’s tempting.

Really, I have not the bank account that will finance one. Also, I could buy a small home for the price of one of those cars.

In Economics we learn of a concept called opportunity cost. The classic example is guns or butter (or so it was so in my days).

Should a country spend money on guns – the military and not buy butter – necessary food supplies?

Apparently – there is a balance – a country needs some of both.

Opportunity cost means, if we buy one – we cannot buy the other or as much.

Economics teaches us another principle.

The Law of Diminishing Marginal Utility.

It means – the more consumption of a particular item – the less satisfaction you get from that item. It basically explains the attitude of the worker in the ice cream shop. First day – boss says eat as much ice cream as you want. The worker is thrilled. First Day wow. Second day. Good. Third day – Already tired of ice cream.

Society and marketers plays tricks on us.

Society will sell you on the short term. The moment of excitement. That’s why a movie changes shots about every 3 seconds.

Torah says “Work on yourself” Be happy with the little victories. As you conquer your desires that sometimes bring you down – you automatically lift yourself up to a greater state of being. You thus feel real happiness because it was you who achieved a greater level of greatness. You improved your inner being, rather than bought another external gadget – that is not you – that gives you pleasure for the first day or so.

It doesn’t mean that you should refrain from buying the new. The Torah wants a person to enjoy life to the fullest. Just use the new for good. And know what is the principal and what is secondary. The external is secondary. The internal is primary!

1 thought on “Why the Pain? Using Adversity to Grow”