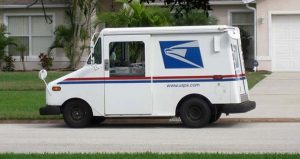 In the Parasha of VaYechi – the last parasha of Bereshit – Yosef at the end of his life talks to Benei Yisrael – he tells them – pakod yifkod etchem – G-d will surely deliver you. Why does he use a double language –  He he could have said just – “yifkod”. The Baal HaTurim mentions that “Pakod” is that G-d will deliver you in the merit of the forefathers. “Yifkod” refers to that G-d will redeem you because of the merit of the matriarchs.

In order for a person to be redeemed – one must make an effort to be redeemed. He can’t wait at his home and wait for the mailman to bring him his income. He has to make some kind of effort – as small or great as he thinks will be fruitful to achieve his goal. What is that amount? Apparently – the amount that he will not regret that he should have made more effort.

So the Jews had to make some kind of effort to be redeemed. The merit of the patriarchs and matriarchs – might just be that they ingrained in the Jews that each one is responsible for one another.

Apparently to be redeemed they also had to fix the trait that caused them to descent to Mitzrayim / Egypt. The Brothers were jealous of Yosef. This caused them to judge him unfavorably. This had a domino effect leading them to ultimately descent to Egypt for 210 years.

What was the cause of this? One reason was the lack of communication. If it was bothering them that Yosef had grandiose dreams of becoming a ruler of them- they should have expressed it to him in a non-provocational manner. And worked it out.

They did not. We went down to Egypt. What can we learn? If something is bothering you – go to the person and express it in a non-provocational manner. Ask him or her in a calm and private setting why they acted that way and that it upset you. The person will likely respond nicely if you don’t start with accusations or provocations.

In having a peaceful relationship – one must also make an active effort to have peace and not just expect things to work out.

So what are these two requirements to win an Discussion, Debate or Argument?

1. Win the argument – through open discussion, willingness to hear truth vs. what you want to hear.

If you do win the argument but make the other feel badly – you may have provided the proper proofs but lost in the long run. You want them to be on your side when you finish the discussion – not against you.

Make them feel good. That was what Yosef did when he interpreted the dream of Pharaoh – he showed all the advisors of Pharaoh that they would be needed to save Egypt from hunger. Yosef taught us this method. His way of discussing helped in ultimately saving Mitzrayim from hunger. It is also a method that could save your friendship, your job or your marriage.